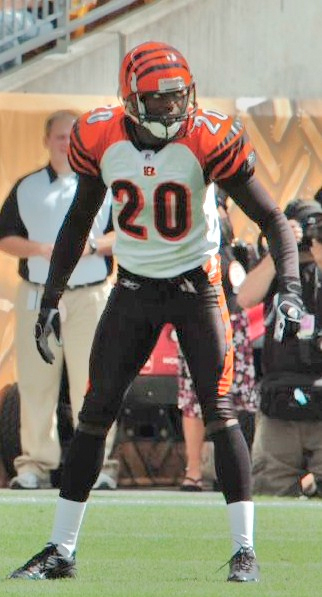 James attended Archbishop Shaw High School before going to college at Louisiana State University, and was originally drafted by the Denver Broncos in the second round of the 1996 NFL Draft. His career was endangered by a serious knee injury suffered in the first preseason game of the 1997 NFL season/1997 season. James tore the Patellar ligament/patellar tendon in his right knee and missed the entire season. The Broncos were the NFL champions of the 1998 season after winning Super Bowl XXXIII against the Atlanta Falcons.

In 2000, after he accumulated 65 tackles and seven interceptions, the Broncos made no effort to resign James. He then signed with the Oakland Raiders as an unrestricted free agent, signing a five-year, $18 million contract. However, after the 2002 season, the Raiders (after eight interceptions in three years) left James unprotected again, and he signed a four-year, $14 million contract with the Cincinnati Bengals.

On January 6, 2001, during the Raiders' 2000–01_NFL_playoffs#AFC:_Oakland_Raiders_27.2C_Miami_Dolphins_0/divisional playoff game against the Miami Dolphins, James made a 90-yard interception return for a touchdown, and the Raiders beat the Dolphins 27-0 in Oakland.

They showed up, like 16 of them, at my door at 3 o'clock in the morning, and I've got to go to practice the next day and it was tough. I was just lost, trying to help get them situated.

I know it's got to be tough dealing with what the Saints are going through. I feel for them. For them to come out and play a football game and get a win, that shows a lot. 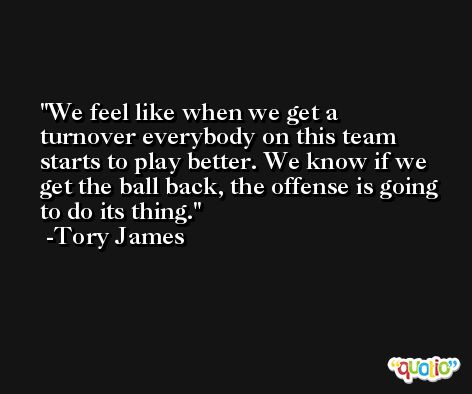 Sometimes we're supposed to be big football players and nothing can touch us. This one hurts right here.

I was on a bus getting off the plane for the game and my nephew called me. We hadn't heard from him. He called and he's doing good. I think he's in Texas. 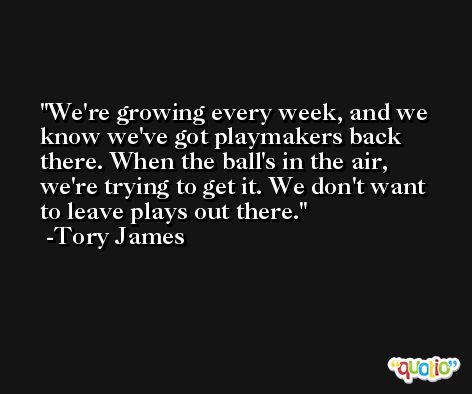 We know we've got playmakers back there. When the ball is in the air, we're trying to get it.