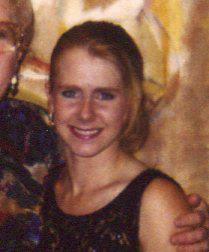 If you enjoy these quotes, be sure to check out other famous athletes! More Tonya Harding on Wikipedia.

A Shot in the Dark! 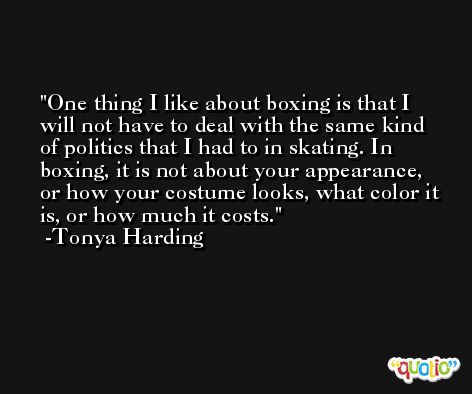 I still put on the skates once in a while, but I do not look back. I had a great career. I hope to have a great career in boxing, too. I am not bitter at the way some people may look at me. Sure, I am trying to turn my image around and be a lady. But you can be a lady, and an athlete, too.

There are some similarities between boxing and skating. Both require power and grace. Physically, boxing is obviously much harder. I weighed between 105-108 pounds when I skated. I will weigh around 120 for my first fight. I just ate a bunch of carbohydrates, which was great, to help gain some weight. I did not lift weights at all.