"Tony Curtis Nathan" is an American football coach and former running back.

In his four seasons with the Crimson Tide, Nathan rushed for 1,997 yards, with 29 touchdowns and a 6.4 yards per carry average. Also excelling as a kick returner, he finished his college career with 30 touchdowns and 3,362 all-purpose yards, including a 10.9 average in yards per punt return.

I think this gives you the luxury that you can use either one.

It's not every day that they come that size, and can run as fast as the smaller ones do. So right now, he's pretty much an exception. 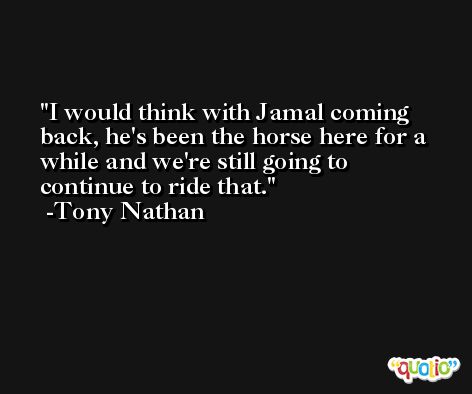 In the near future, we're going to find out if we can use both of them at the same time.