Hopper is a midfielder who began his career at Carlisle United before Roddy Collins brought him to Bohemian F.C./Bohemians in August 2000. He made his debut away to University College Dublin A.F.C./UCD soon after signing. Though much maligned during his time at the club, he scored a vital goal in December of that year in a 1-0 win over Longford Town. He left the club a month later to return to England. His winner against Longford would prove crucial as Bohemians went on to win the league by 2 points. He appeared in the famous Jimmy Glass game against Plymouth Argyle F.C./Plymouth Argyle, in which the goalkeeper scored in the 94th minute to keep Carlisle United F.C./Carlisle United in the Football League.

We had a great run. We had to be on our game to be able to win. We weren't quite there.

We knew if we kept it close we'd have a shot, and that's exactly what happened. 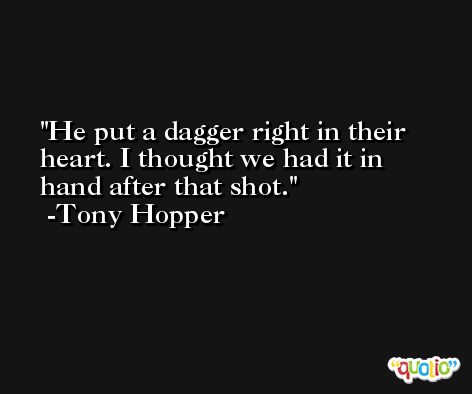 We were one and done (in the district) last year, and we wouldn't let these guys forget. We felt like once we got by the first game we had a shot to advance. Then things just began to fall into place.

I knew if we kept it close, we had a shot. Our kids have a tremendous amount of heart. We don't quit. 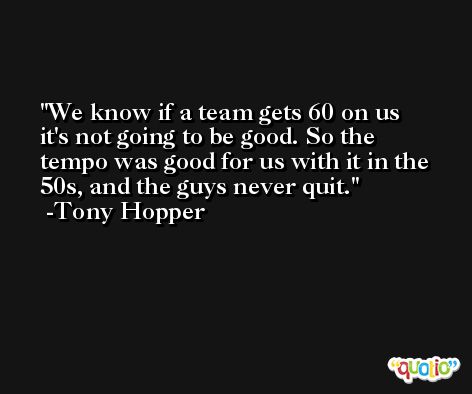 Sometimes my teams get a bad rap of hanging onto the ball too much. We're trying to score. It's just the way we play.

Even though it may have looked like we were in a stall (offense) we were not, the last three minutes of the first half. We put ourselves into an offense and our kids just executed the offense and couldn't get a good look, so we didn't take a shot. It's not exactly that we were trying to hold the ball for three minutes. 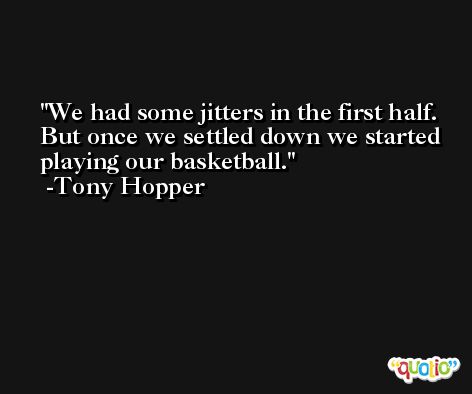