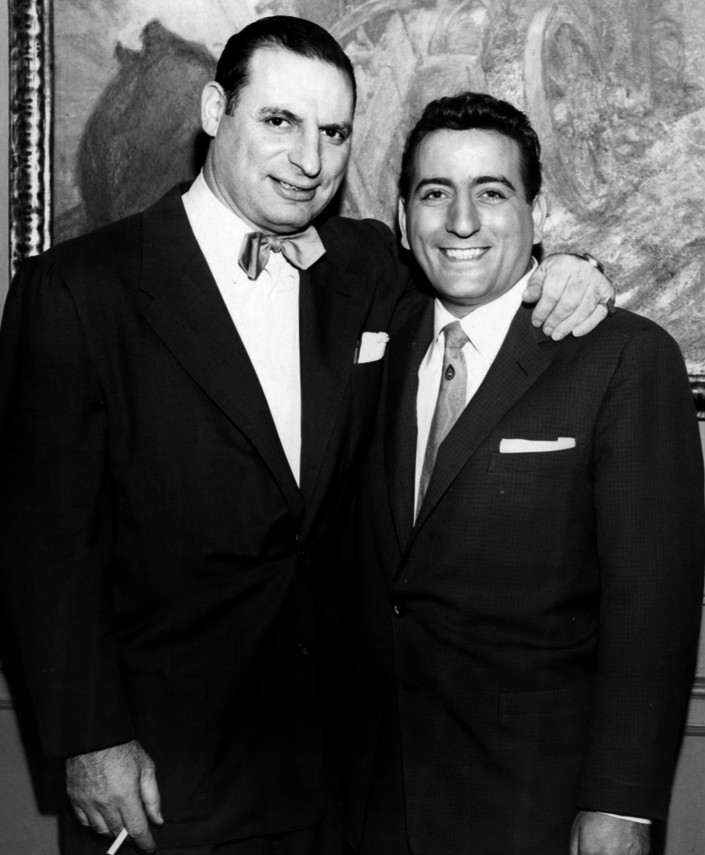 "Anthony Dominick" ""Tony"" "Benedetto", known as "Tony Bennett", is an American singer of traditional pop music/traditional pop standards, show tunes, and jazz. Bennett is also an accomplished painting/painter, having created works—under the name Anthony Benedetto—that are on permanent public display in several institutions. He is the founder of the Frank Sinatra School of the Arts in Astoria, Queens, New York.

Born and raised in Astoria, Bennett began singing at an early age. He fought in the final stages of World War II as an Infantry/infantryman with the United States Army/U.S. Army in the European theatre of World War II/European Theater. Afterwards, he developed his singing technique, signed with Columbia Records, and had his first number-one popular song with "Because of You (1940 song)/Because of You" in 1951. Several top hits such as "Rags to Riches (song)/Rags to Riches" followed in the early 1950s. Bennett then further refined his approach to encompass jazz singing. He reached an artistic peak in the late 1950s with albums such as The Beat of My Heart and Basie Swings, Bennett Sings. In 1962, Bennett recorded his signature song, "I Left My Heart in San Francisco". His career and his personal life then suffered an extended downturn during the height of the rock music era.

If you enjoy these quotes, be sure to check out other famous musicians! More Tony Bennett on Wikipedia.

My favorite song is "I Left My Heart in San Francisco" because it's become my signature song. I sang it for six American presidents and five command performances... it's made me a world citizen.

I think one of the reasons I'm popular again is because I'm wearing a tie. You have to be different. 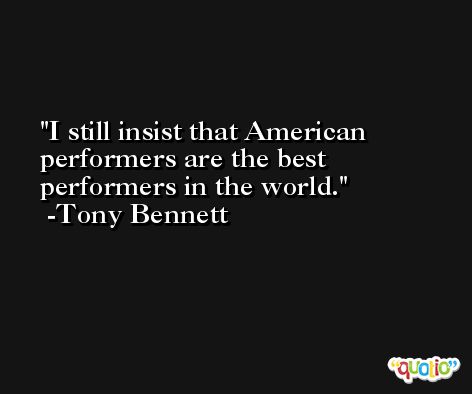 We're in an era where the demand is for immediate hits that are destined to become obsolescent. Six months later, everyone forgets the artist and the tune. It's become like a con job. Producers, engineers, lawyers and accountants all make money, but the artists don't.

I've been so fortunate because I never really had ups and downs as far as my career. Ninety-nine percent of the time, I've been sold out all over the world. 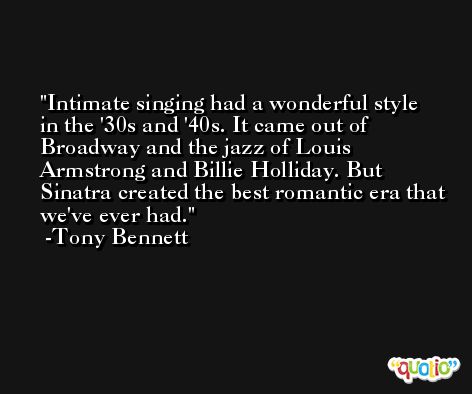 [Luckily for his audiences, Bennett doesn't tire of singing] I Left My Heart. ... that song made me a world citizen. And when I do it, it always feels like the first time.

We used to do seven shows at day at the Capitol Theater in Washington and the Paramount in New York. The manager said you are doing the young crowd in the morning, the senior citizens in the afternoon, the engaged and married couples in the evening. And he said just sing good songs and everyone would like it. I stayed with that. 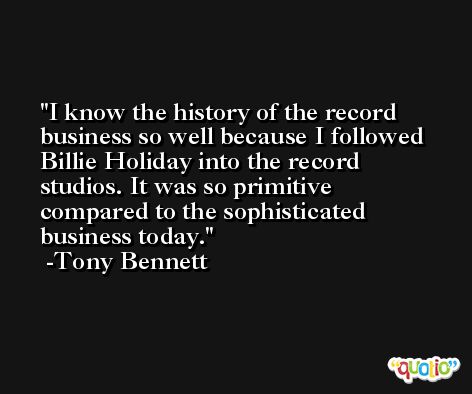