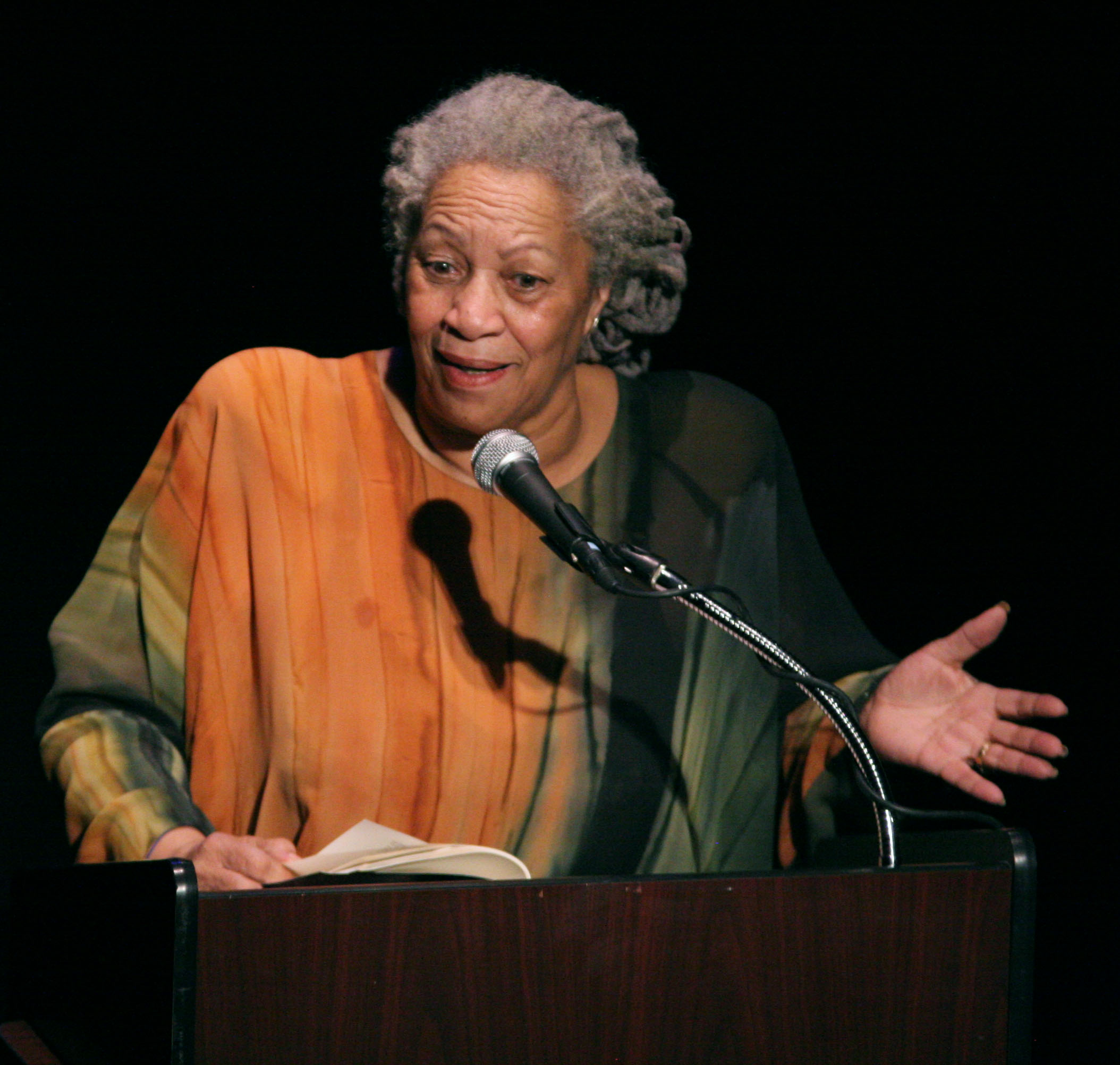 "Toni Morrison" is an American novelist, editor, and professor. Her novels are known for their epic (genre)/epic themes, vivid dialogue, and richly detailed characters. Among her best known novels are The Bluest Eye, Sula (novel)/Sula, Song of Solomon (novel)/Song of Solomon and Beloved (novel)/Beloved. She was also commissioned to write the libretto for a new opera, Margaret Garner, first performed in 2005. She won the Pulitzer Prize for Fiction/Pulitzer Prize and the American Book Awards/American Book Award in 1988 for Beloved and the Nobel Prize in Literature/Nobel Prize in 1993. On May 29, 2012, she received the Presidential Medal of Freedom.

If you enjoy these quotes, be sure to check out other famous novelists! More Toni Morrison on Wikipedia.

The loneliest woman in the world is the woman without a close woman friend.

She is a friend of my mind... The pieces I am, she gather them and give them back to me in all the right order. 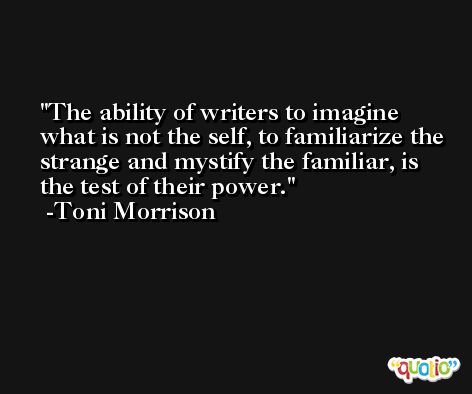 As you enter positions of trust and power, dream a little before you speak.

There is really nothing more to say-except why. But since why is difficult to handle, one must take refuge in how. 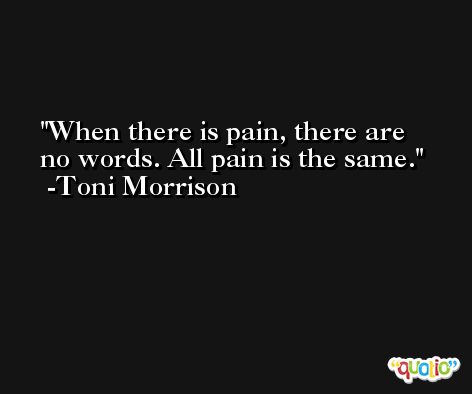 Love is or it ain't. Thin love ain't love at all.

I'm just trying to look at something without blinking. 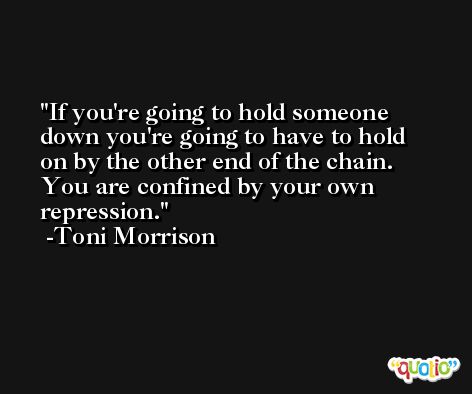 Bit by bit . . . she had claimed herself. Freeing yourself was one thing; claiming ownership of that freed self was another.

She is a friend of mind. She gather me, man. The pieces I am, she gather them and give them back to me in all the right order. It's good, you know, when you got a woman who is a friend of your mind. 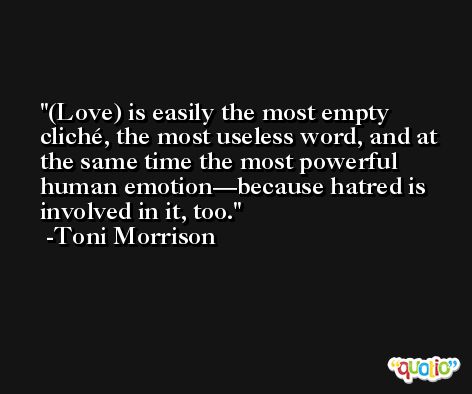