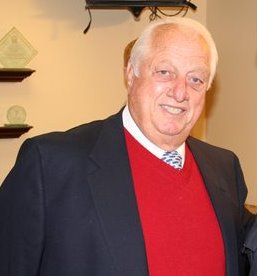 "Thomas Charles "Tommy" Lasorda" (born September 22, 1927) is a former Major League Baseball/Major League baseball player who has had a lengthy career in sports management. In 2009, he marked his sixth decade in one capacity or another with the Los Angeles Dodgers/Brooklyn/Los Angeles Dodgers organization, the longest non-continuous (he played one season with the Kansas City Athletics) tenure anyone has had with the team, edging Dodger broadcaster Vin Scully by a single season. He was inducted into the National Baseball Hall of Fame and Museum/National Baseball Hall of Fame as a manager in 1997.

If you enjoy these quotes, be sure to check out other famous coaches! More Tommy Lasorda on Wikipedia.

Baseball is like driving, it's the one who gets home safely that counts.

Managing is like holding a dove in your hand. Squeeze too hard and you kill it, not hard enough and it flies away. 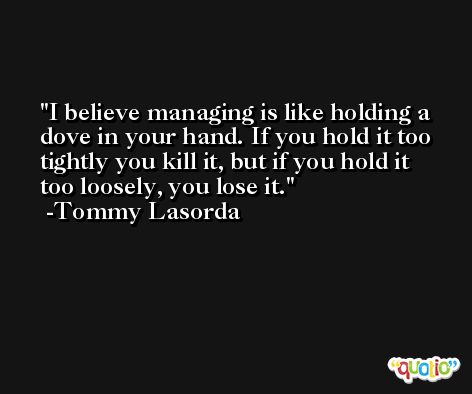 About the only problem with success is that it does not teach you how to deal with failure.

I motivate players through communication, being honest with them, having them respect and appreciate your ability and your help. 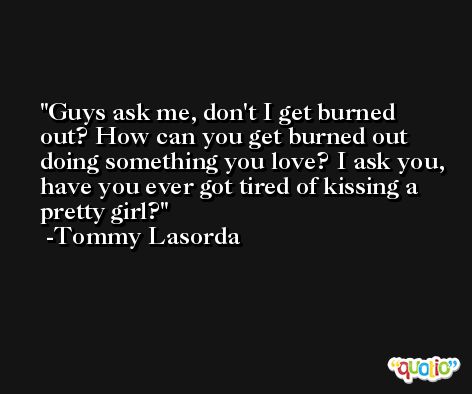 Pressure is a word that is misused in our vocabulary. When you start thinking of pressure, it's because you've started to think of failure. 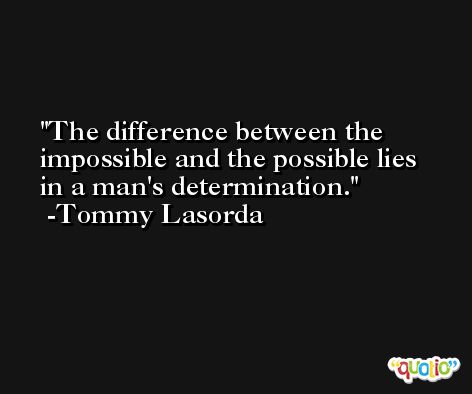