"Thomas Mitchell Sherak" was an American actor-producer who was president of the Academy of Motion Picture Arts and Sciences for the 2009–2010 term and re-elected for a second term in August 2010. He was succeeded by Hawk Koch as Academy President in 2012. On September 26, 2013, Los Angeles Mayor Eric Garcetti appointed Tom Sherak as director of the newly created Mayor's Entertainment Industry and Production Office. Sherak died on January 28, 2014 in Calabasas, California, of prostate cancer. He was 68.

The bottom line is, if you don't ask, you are not going to get it. But the one thing about Hollywood is that it is very hard to bully anyone when you are asking for that kind of price.

Any time you have a comedy with Jim Carrey and the Farrelly brothers, you'd love to see it do more. 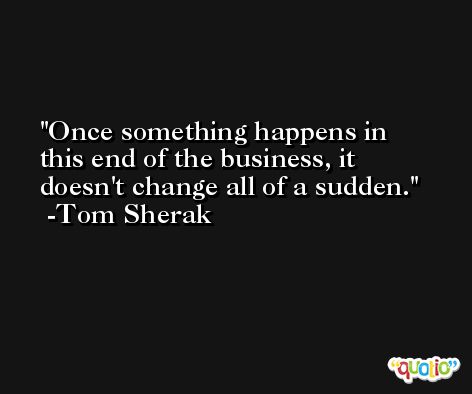 You have to pay attention. I'm not quite sure it's a good thing for the business as we know it, but the business changes every 20 seconds now.

Studios live and die by tent-pole franchises, ... Other than 'Star Wars' and 'Batman Begins,' what else was a franchise that came out this year? And while those movies were very expensive, they were very successful. But there weren't a lot of those. 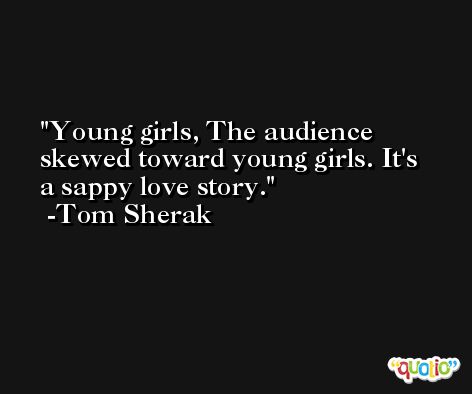 Hollywood has the biggest heart in the world, and if there is any place where someone would be forgiven, it's in this town.