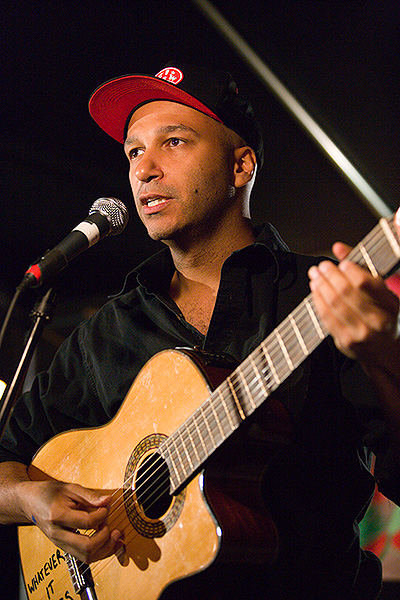 "Thomas Baptiste Morello " (born May 30, 1964) is an American guitarist and activist. He is best known for his tenure with the band Rage Against the Machine and then with Audioslave. Morello is currently a touring musician with Bruce Springsteen and the E Street Band. He is also known for his acoustic solo act called The Nightwatchman, and his latest group Street Sweeper Social Club. Morello is also the co-founder (along with Serj Tankian) of the non-profit political activist organization Axis of Justice, which airs a monthly program on Pacifica Radio station KPFK (90.7 FM) in Los Angeles.

It was a terrible natural disaster but an even greater human catastrophe.

Music is not some stuffy college lecture, ... On a good day, Rage Against the Machine is not able to just rock you like a hurricane, but also to fuel the engine with indignation and the band's activist convictions. 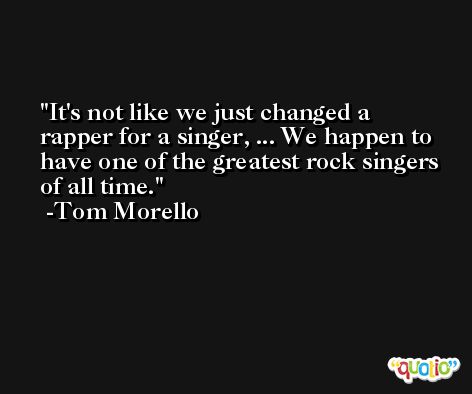 We offer a stark contrast to the bland escapism that chokes the charts.

We've been able to have our cake and eat it, too. Every song, every T-shirt, is absolutely a pure expression of what we want to do. And it connects. 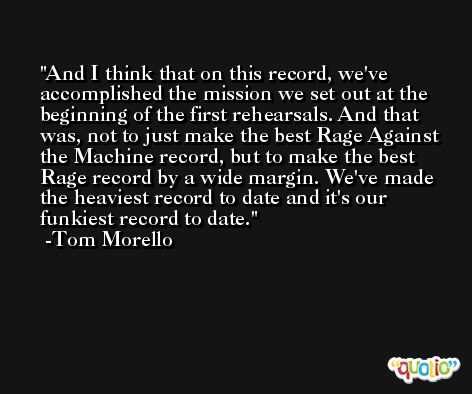