If you enjoy these quotes, be sure to check out other famous businessmen! More Tom Hicks on Wikipedia.

It's disappointing, it really is. Our players know the rules. They know they are going to be tested. If any of them get caught, shame on them. I am disappointed.

Does the district look significantly different today than it did last year? The simple answer is no, not significantly. 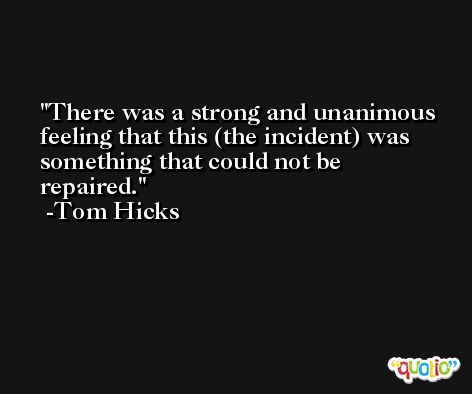 It was not a big deal. There's not a lot of joy in the Rangerdom right now. That's baseball.

I've suffered right along with all the rest of the fans. We lost like seven one-run games. When we hit, we did not pitch. When there was pitching, there was no hitting. 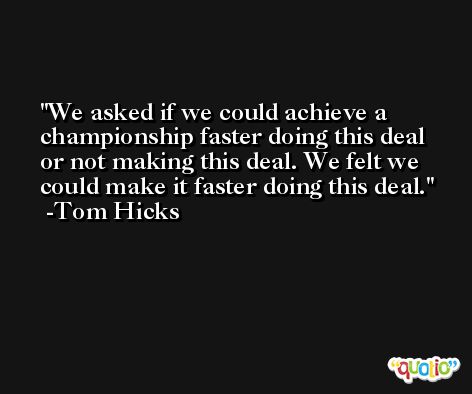 There is no doubt that the hard work of the Johnson staff and district staff as we implement new teaching and learning strategies is at the heart of this recognition, ... We are very proud of Johnson Elementary and our staff, and we fully anticipate that we will see more success as we move forward.

We have really been moved by so much tragedy that I said to our guys that we need to do something that can lighten their load momentarily and give the people a fun evening. We hope we can get several thousand to come out and have a good time. 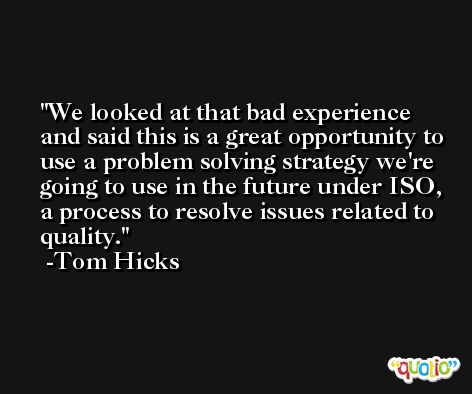