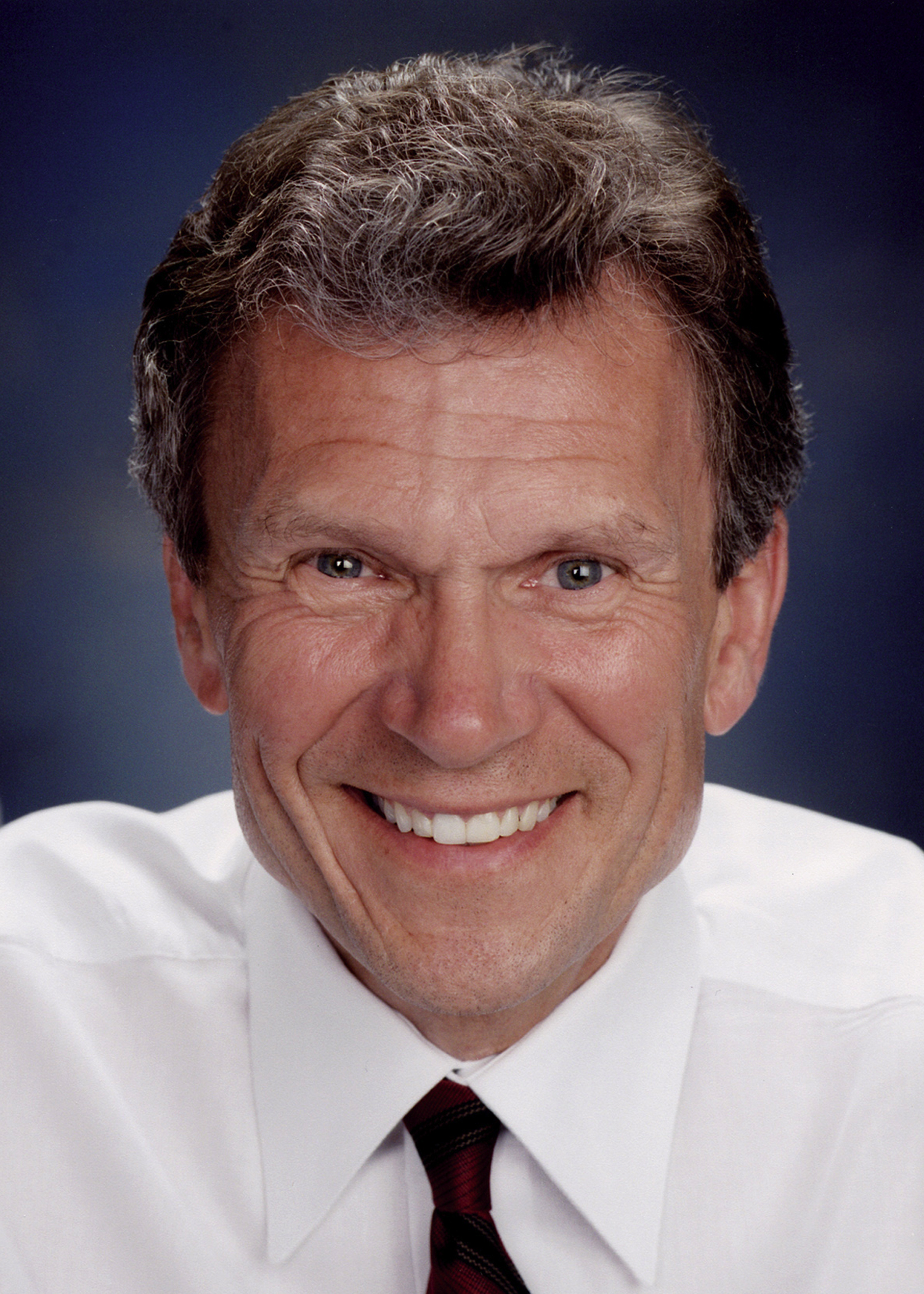 A South Dakota native, Daschle obtained his university degree there, and served in the United States Air Force. He was elected to the United States House of Representatives in 1978 and served four terms. In 1986 he was elected to the Senate, becoming minority leader in 1994. Defeated for re-election in 2004, he took a position as a policy advisor with a lobbying firm, and also became a senior fellow at the Center for American Progress. He co-authored a book advocating universal health care.

If you enjoy these quotes, be sure to check out other famous politicians! More Tom Daschle on Wikipedia.

A great leader for our country because what he's saying is, you know, with all due respect, we don't think that this is right for our nation.

Wanted to veto the defense bill, go ahead. 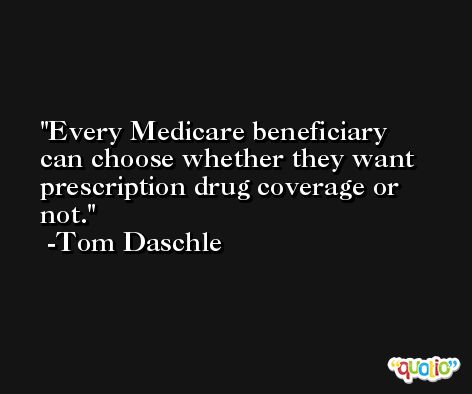 It's way past time to close this gap. 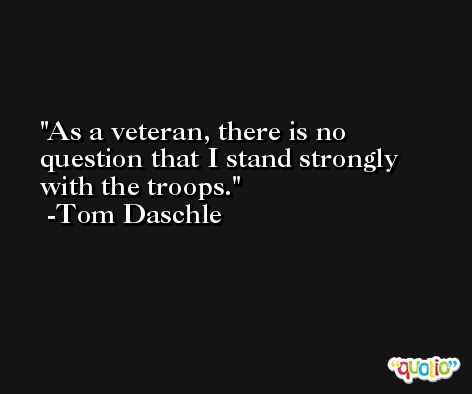 Saddened that this president failed so miserably at diplomacy that we're now forced to war.

I don't know that anyone in this country could view what we've seen so far as a diplomatic success. 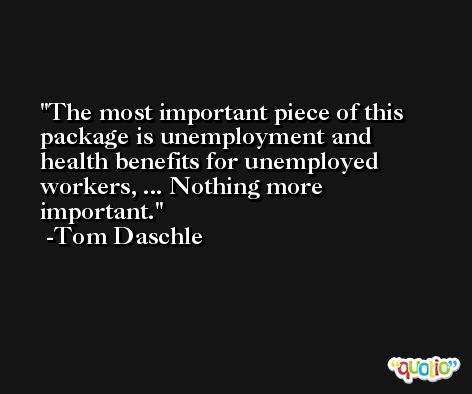