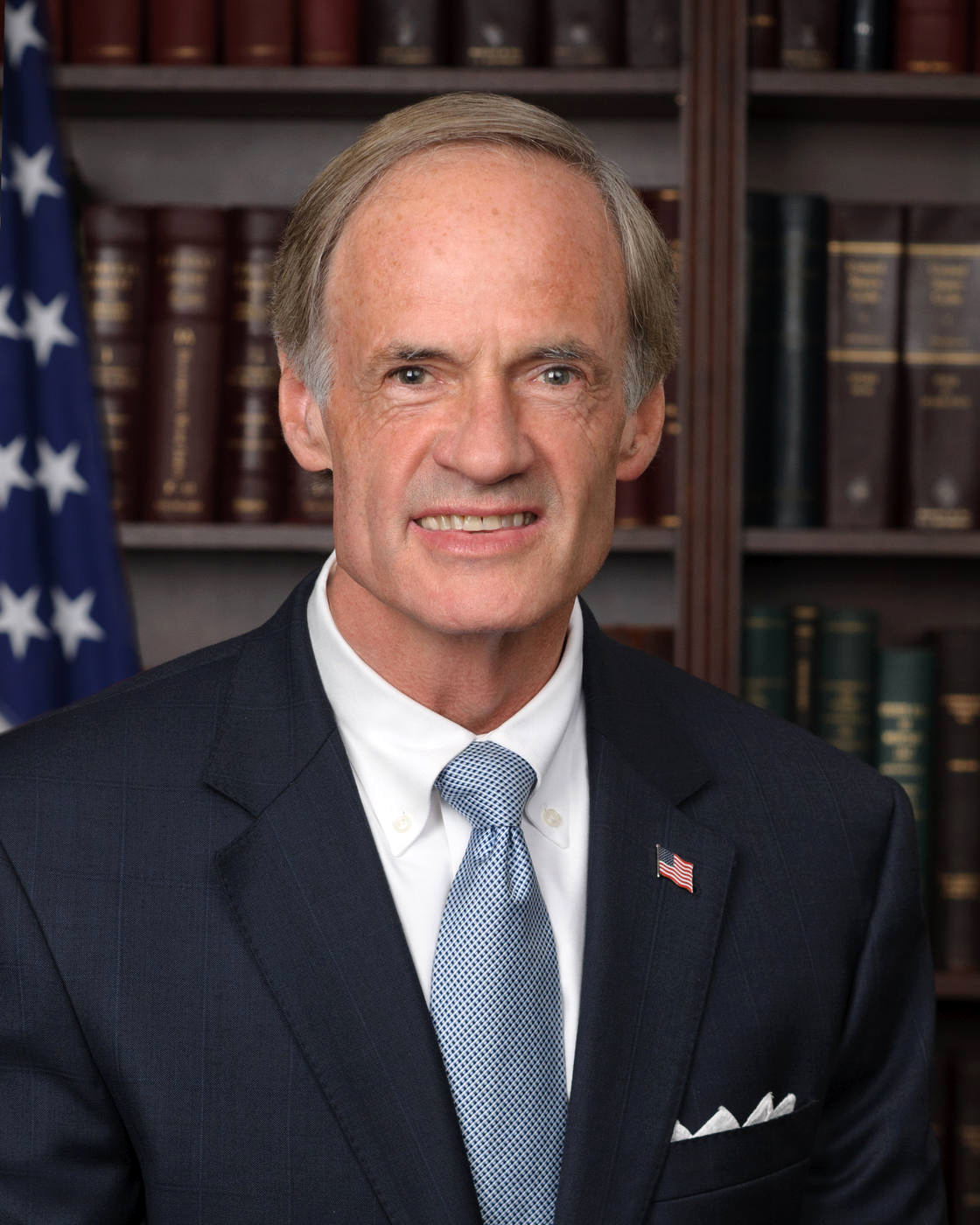 A native of Danville, Virginia, Carper graduated from Ohio State University. Serving as a Naval Flight Officer in the U.S. Navy from 1968 until 1973, he flew the P-3 Orion as a Tactical Coordinator/Mission Commander and saw active duty in the Vietnam War. After leaving the active duty Navy, he remained in the U.S. Naval Reserve for another 18 years and eventually retired with the rank of Captain (United States)/Captain (O-6). Upon receiving his Master of Business Administration/MBA from the University of Delaware in 1975, Carper went to work for the State of Delaware in its economic development office. He was elected State Treasurer, serving from 1977 to 1983 and leading the development of Delaware's first cash management system.

Historically, people thought of a national park as something huge, ... Delaware is not huge. But there is a lot of amazing history that has been made in the state. 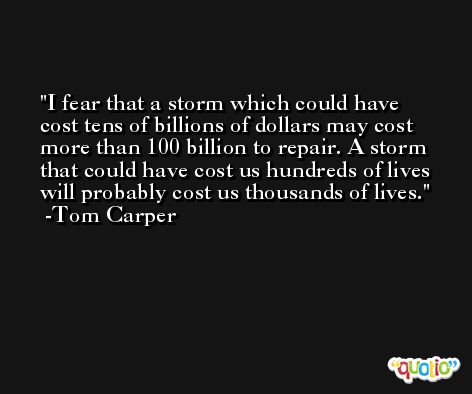 We wandered over to the speaker's office, but it was locked up.

This takes care of the missing link in the middle. 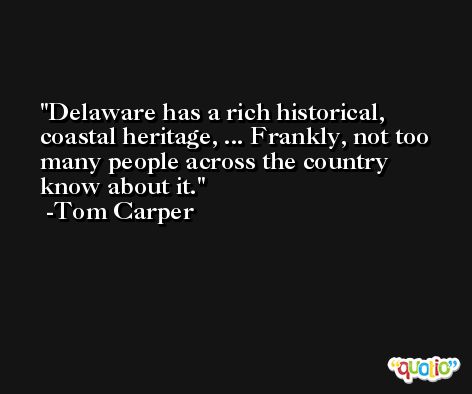 Wellness is cheaper than illness. It costs us time and money when children get sick.

I want to make that a reality, ... The idea is to create office space in the unused portions of the station to be leased, hopefully by ING. That would provide a cash flow to Amtrak. 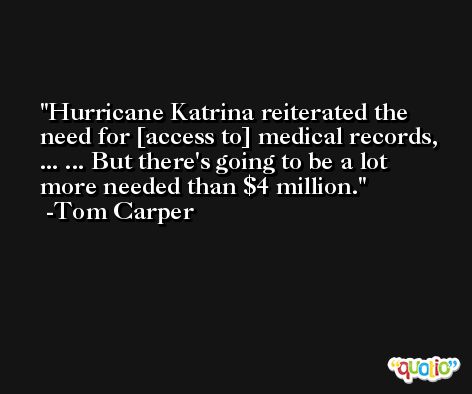