"Tom Allison" is a former Australian rules footballer who played for North Melbourne Football Club in the Australian Football League/Victorian Football League (VFL). He played 106 games and kicked 61 goals for North Melbourne between 1963 and 1970. Allison was recruited from West Coburg Football Club/West Coburg and played one State of Origin match for Victoria in 1965. After his retirement, Allison became captain-coach of Belconnen Football Club/Belconnen and also played for and coached the Australian Capital Territory/ACT State of Origin team.

My impression was that this guy was driven by greed, and what drove him to make the change was greed.

I had no idea these things would occur. 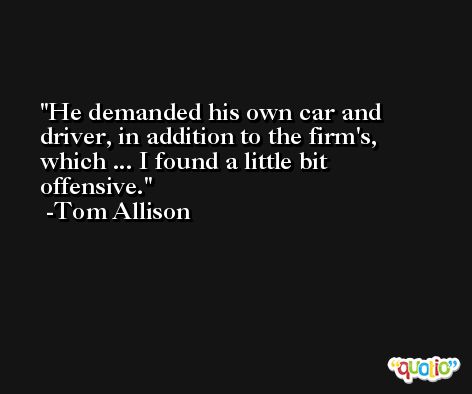