"Todd Pinkston" is a former American football wide receiver in the National Football League. He played five seasons with the Philadelphia Eagles where he caught 184 passes for 2,816 yards and 14 touchdowns. The Eagles went to the playoffs every year that he started, including an appearance in Super Bowl XXXIX. He also is the cousin of former offensive lineman Jason Pinkston.

If you enjoy these quotes, be sure to check out other famous musicians! More Todd Pinkston on Wikipedia.

Donovan is the type of guy who will exert his leadership role, and he will keep doing what he's been doing. He is a guy who is going to prove to everybody that he's still Donovan McNabb.

I think it was a distraction because a lot of people let it be one. But I think guys were drained to a point where every day you look on TV and see something going on as far as 81 and Donovan or 81 and the organization. People got tired of looking at it. 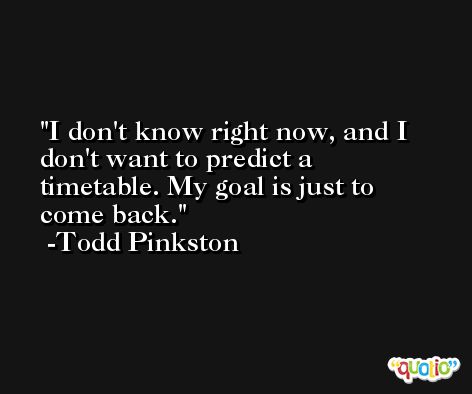 It was frustrating. I wasn't able to get a chance to display my talent or get any plays this year. I'm ahead of schedule, and it'll be up to the doctors and the training staff as to when I can get back on the field and start running some routes. 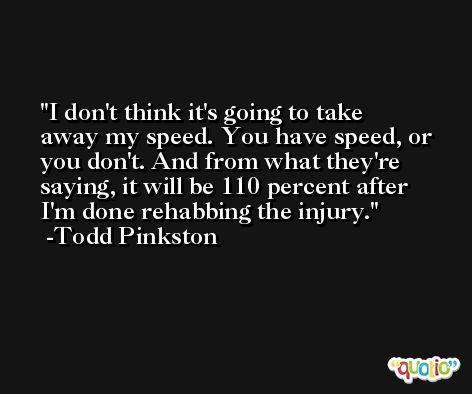