"Timothy P. Riordan" is a former American football quarterback who played one season with the New Orleans Saints of the National Football League. He was drafted by the Arizona Cardinals/St. Louis Cardinals in the third round of the 1984 NFL supplemental draft of USFL and CFL players/1984 NFL Supplemental Draft. He played college football at Temple University and attended New London High School (Connecticut)/New London High School in New London, Connecticut. Riordan was also a member of the Philadelphia/Baltimore Stars.

These kids have the talent and the ability to make their dreams come true. I'm excited they've been given the opportunity to show others how different and unique the trombone can be.

I respect them; they're smart, and I trust their individuality as musicians. 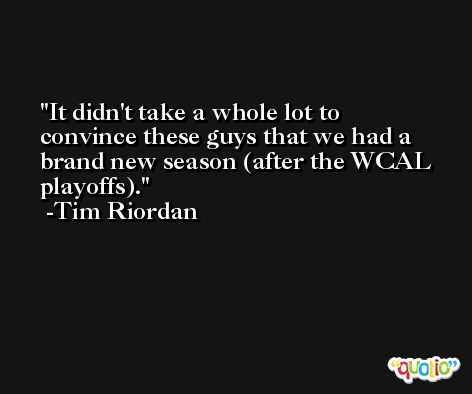