Sowell has served on the faculties of several universities, including Cornell University and University of California, Los Angeles. He has also worked for think tanks such as the Urban Institute. Since 1980, he has worked at the Hoover Institution at Stanford University. He writes from a Conservatism in the United States/conservative and Classical liberalism/classical liberal perspective, advocating free market economics and has written more than thirty books. He is a National Humanities Medal winner.

If you enjoy these quotes, be sure to check out other famous economists! More Thomas Sowell on Wikipedia. 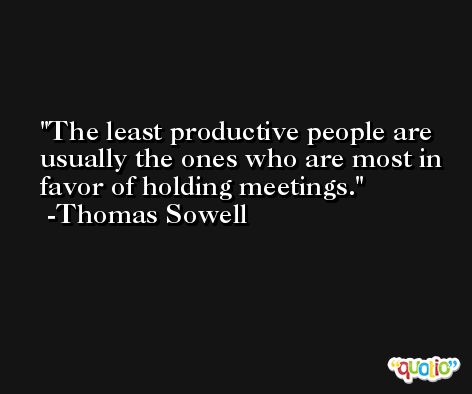 There are only two ways of telling the complete truth--anonymously and posthumously. 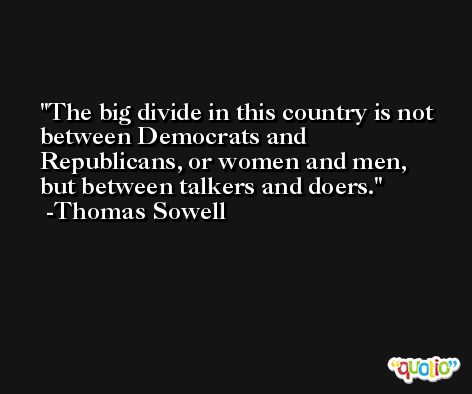 People who enjoy meetings should not be in charge of anything.

One of the common failings among honorable people is a failure to appreciate how thoroughly dishonorable some other people can be, and how dangerous it is to trust them. 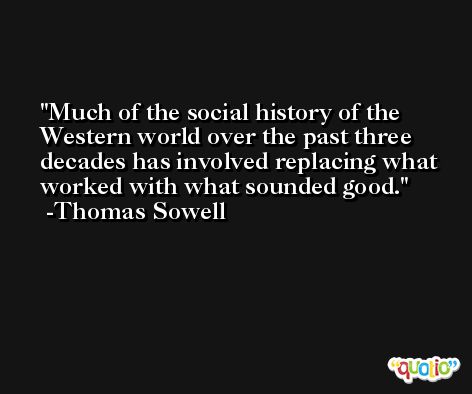 Trade-offs have been with us ever since the late unpleasantness in the Garden of Eden.

You will never understand bureaucracies until you understand that for bureaucrats procedure is everything and outcomes are nothing. 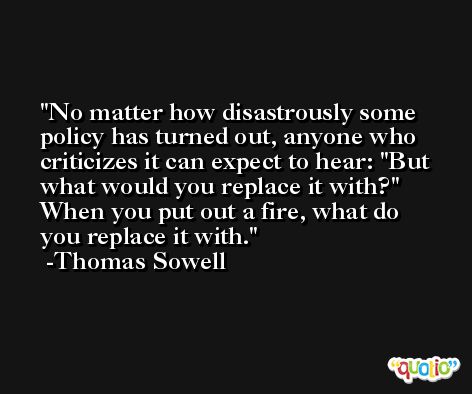 Politeness and consideration for others is like investing pennies and getting dollars back.