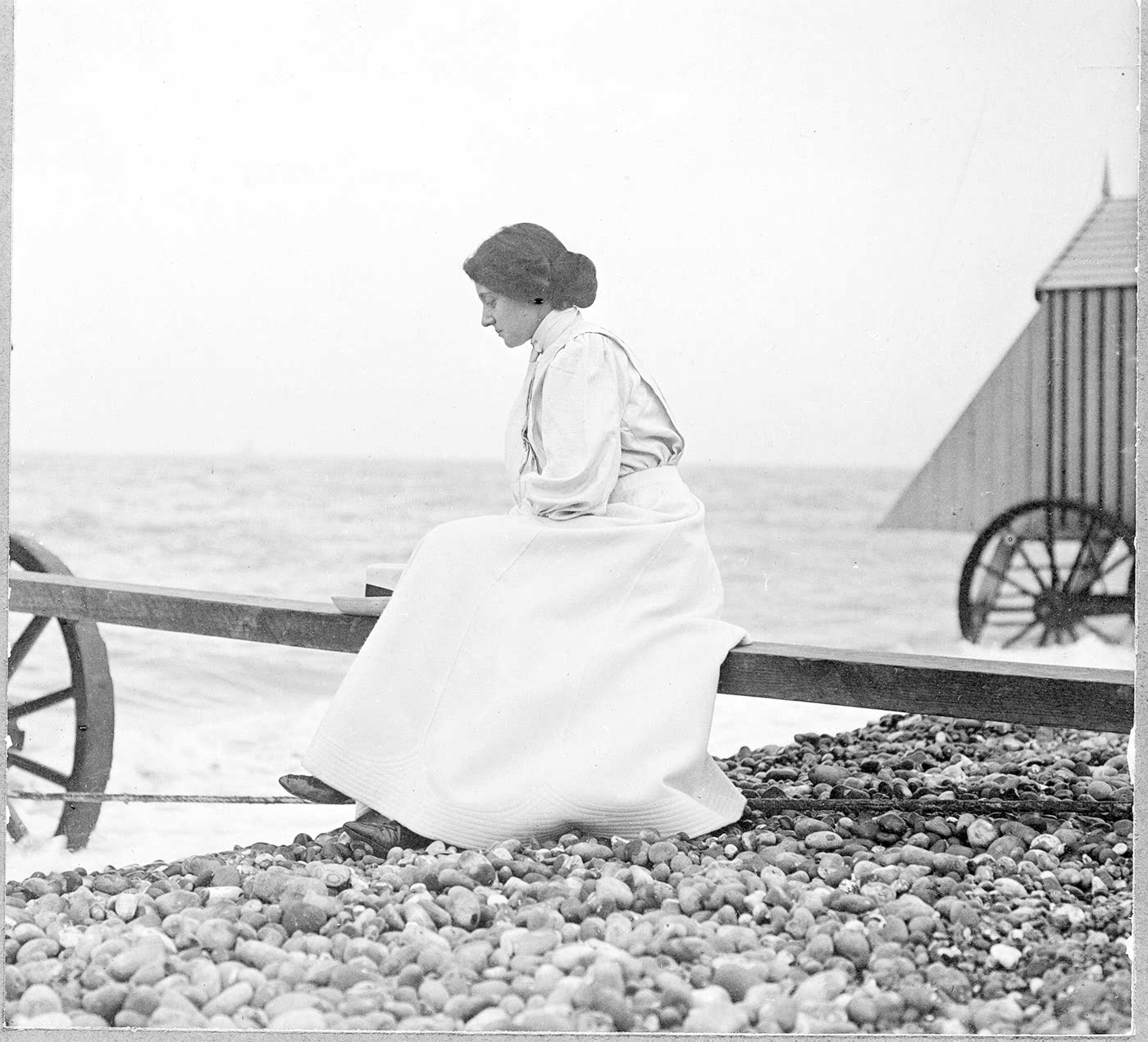 "Thomas Hardy", Order of Merit/OM was an English novelist and poet. A Literary realism/Victorian realist in the tradition of George Eliot, he was influenced both in his novels and in his poetry by Romanticism, especially William Wordsworth. Charles Dickens was another important influence. Like Dickens, he was highly critical of much in Victorian era/Victorian society, though Hardy focused more on a declining rural society.

While Hardy wrote poetry throughout his life and regarded himself primarily as a poet, his first collection was not published until 1898. Initially, therefore, he gained fame as the author of novels, including Far from the Madding Crowd (1874), The Mayor of Casterbridge (1886), Tess of the d'Urbervilles (1891), and Jude the Obscure (1895). However, beginning in the 1950s Hardy has been recognised as a major poet; he had a significant influence on the The Movement (literature)/Movement poets of the 1950s and 1960s, including Philip Larkin.

If you enjoy these quotes, be sure to check out other famous novelists! More Thomas Hardy on Wikipedia.

It is difficult for a woman to define her feelings in a language which is chiefly made by men to express theirs.

Loving is misery for women always. I shall never forgive God for making me a woman and dearly am I beginning to pay for the honour of owning a pretty face. 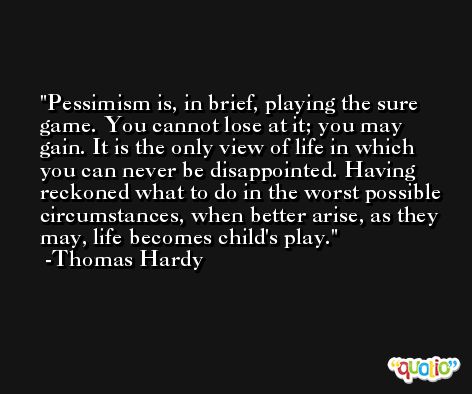 No one can read with profit that which he cannot learn to read with pleasure.

Fear is the mother of foresight. 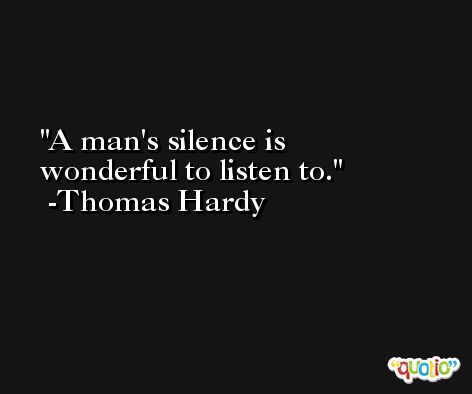 The sudden disappointment of a hope leaves a scar which the ultimate fulfillment of that hope never entirely removes.

There is a condition worse than blindness, and that is, seeing something that isn't there. 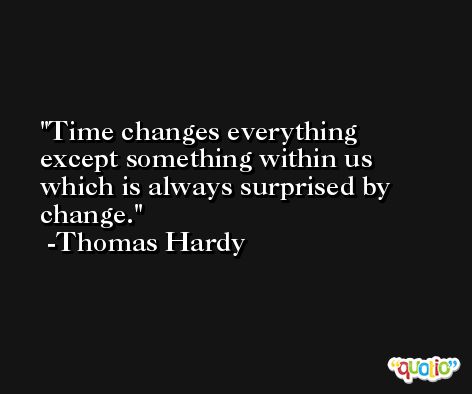 The main object of religion is not to get a man into heaven, but to get heaven into him. 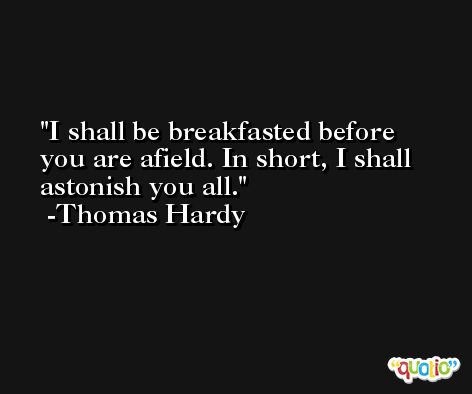