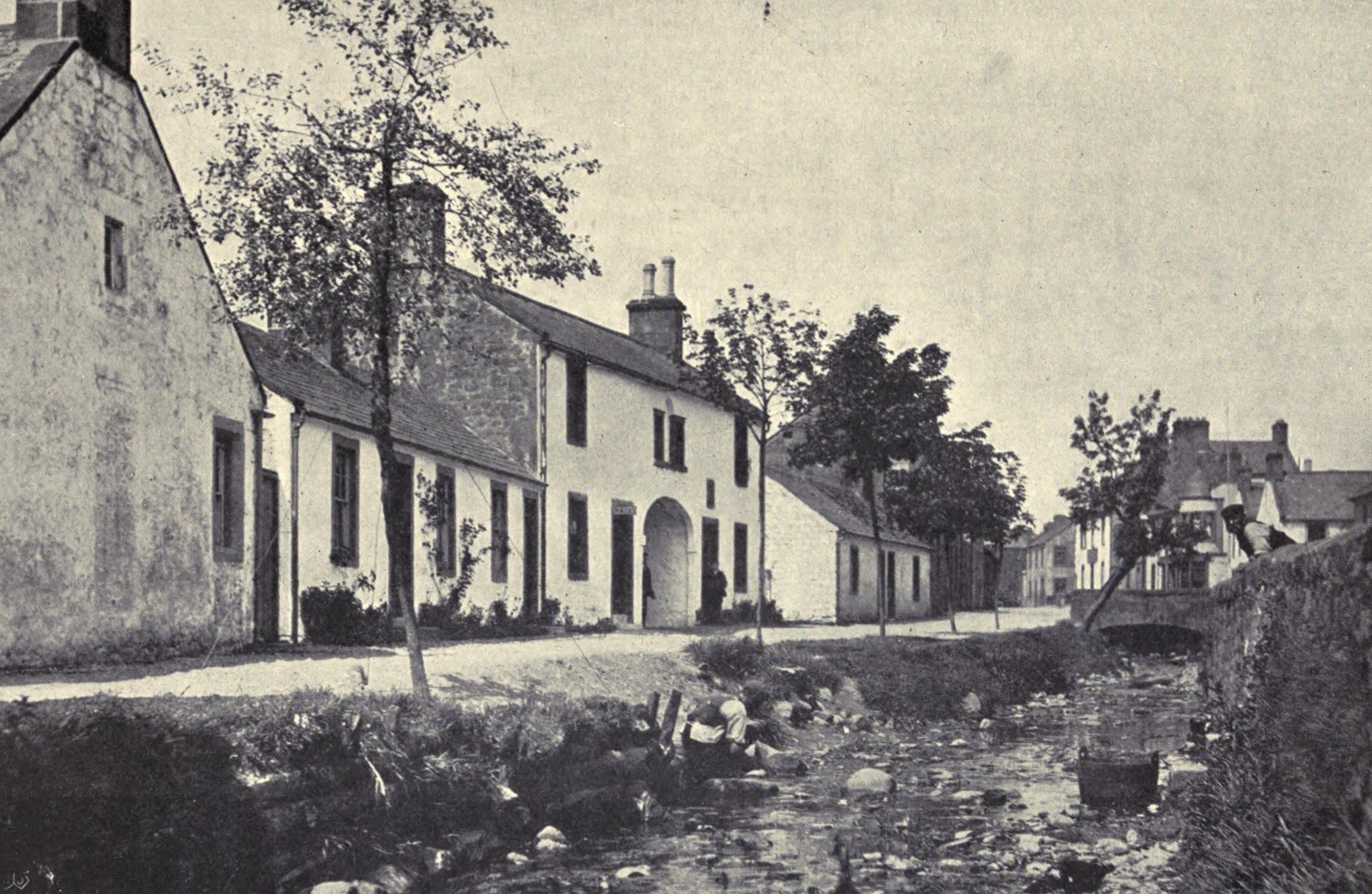 Considered one of the most important social commentators of his time, he presented many lectures during his lifetime with certain acclaim in the Victorian era. One of those conferences resulted in his famous work On Heroes, Hero-Worship, and The Heroic in History where he explains that the key role in history lies in the actions of the "Great Man", claiming that "History is nothing but the biography of the Great Man".

He was a very respected historian and his book The French Revolution: A History remains popular nowadays and it was the inspiration for Charles Dickens/Dickens' A Tale of Two Cities. Carlyle's Sartor Resartus is considered one of the finest works of the 19th century.

A great polemicist, he called economics "the dismal science", wrote articles for the Edinburgh Encyclopedia and his Occasional Discourse on the Negro Question remains controversial.

If you enjoy these quotes, be sure to check out other famous philosophers! More Thomas Carlyle on Wikipedia.

Speech is human, silence is divine, yet also brutish and dead: therefore we must learn both arts.

True humor springs not more from the head than from the heart. It is not contempt; its essence is love. It issues not in laugther, but in still smiles, which lie far deeper. 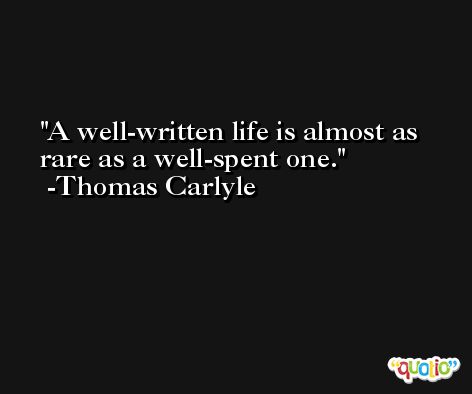 Our main business is not to see what lies dimly at a distance but to do what lies clearly at hand.

Music is well said to be the speech of angels; in fact, nothing among the utterances allowed to man is felt to be so divine. It brings us near to the infinite. 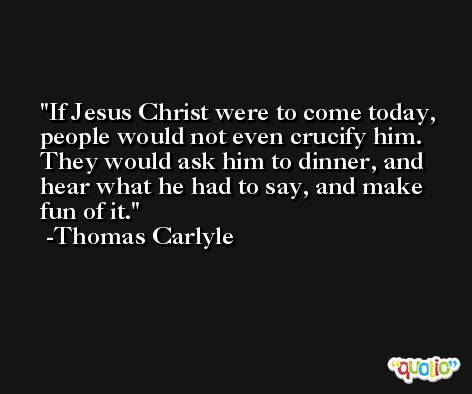 The man of life upright has a guiltless heart, free from all dishonest deeds or thought of vanity.

The Courage that we all prize and seek is not the courage to die decently, but to live manfully. 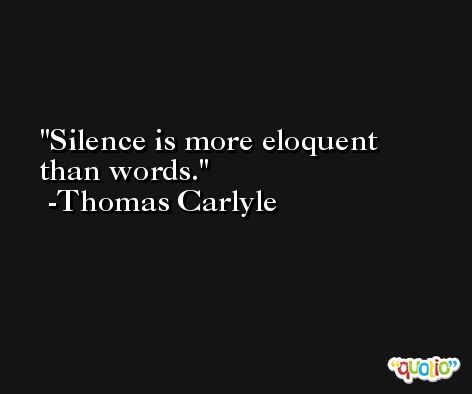 The man without a purpose is like a ship without a rudder - waif, a nothing, a no man. Have a purpose in life, and, having it, throw such strength of mind and muscle into your work as God has given you.

Show me the man you honor, and I will know what kind of man you are. 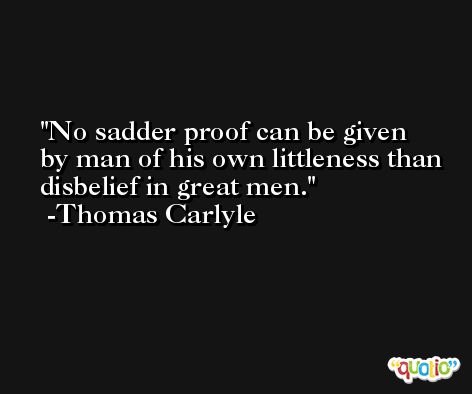 When words leave off, music begins.

The true university of these days is a collection of books. 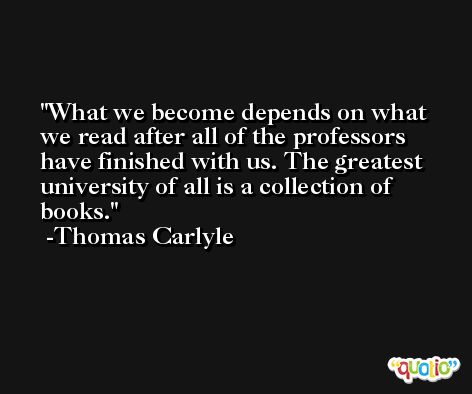 A laugh, to be joyous, must flow from a joyous heart, for without kindness, there can be no true joy. 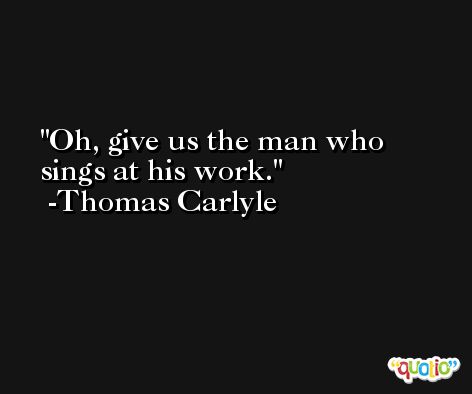 Blessed is he who has found his work; let him ask no other blessedness.

France was a long despotism tempered by epigrams. 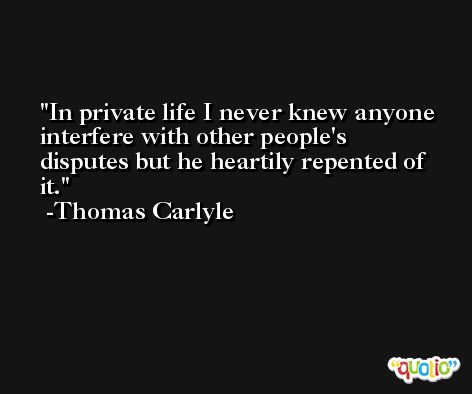 Do the duty which lieth nearest to thee! Thy second duty will already have become clearer.

Music is well said to be the speech of angels. 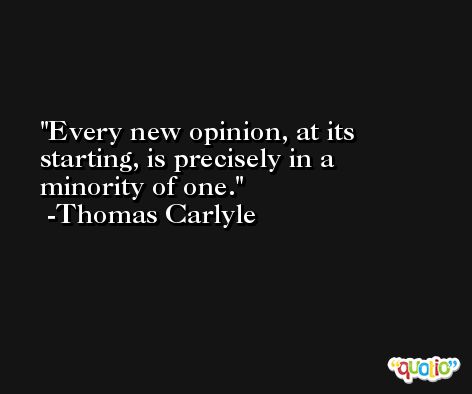 If you are ever in doubt as to whether or not you should kiss a pretty girl, give her the benefit of the doubt.

Enjoy things which are pleasant; that is not the evil: it is the reducing of our moral self to slavery by them that is. 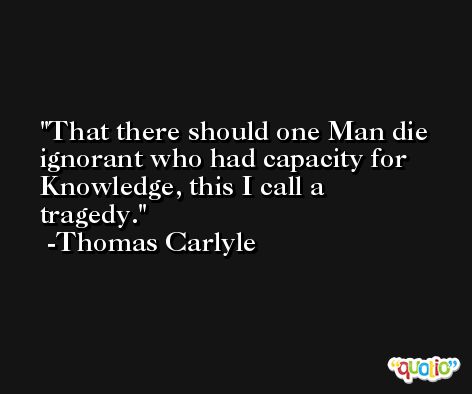 It is not a lucky word, this name 'impossible'; no good comes of those who have it so often in their mouths.

Writing is a dreadful labor, yet not so dreadful as Idleness. 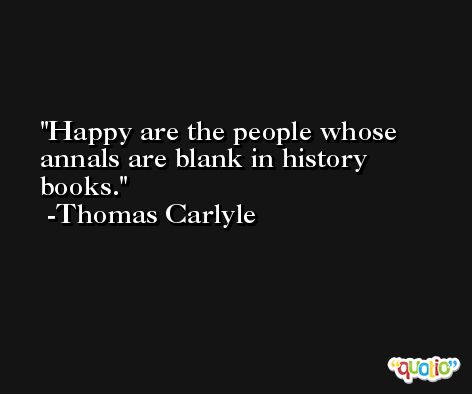