Boswell has spent his entire career at the Washington Post, joining it shortly after graduating from Amherst College in 1969. He became a Post columnist in 1984. Writing primarily about baseball, he is credited with inventing the total average statistic. In 1994 he appeared several times in the Ken Burns series Baseball (TV series)/Baseball, sharing insightful commentary into the history of America's national pastime; he appeared again in "The Tenth Inning," Burns' 2010 extension of the series.

In addition to the Post, he has written for Esquire (magazine)/Esquire, GQ, Playboy and Inside Sports. He also makes frequent television appearances.

There is no substitute for excellence - not even success.

When you fall in love with golf, you seldom fall easy. It's obsession at first sight. 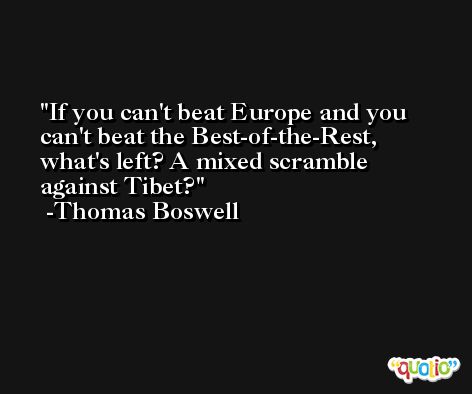 [Some of them said the decision to keep it open was motivated by baseball's desire for aerial TV pictures.] Unfortunately for this argument, ... Fox does not have a blimp, although it does have several tall cameramen.

Time begins on Opening Day . . . (when) we know that something fine, almost wonderful, is about to (happen). 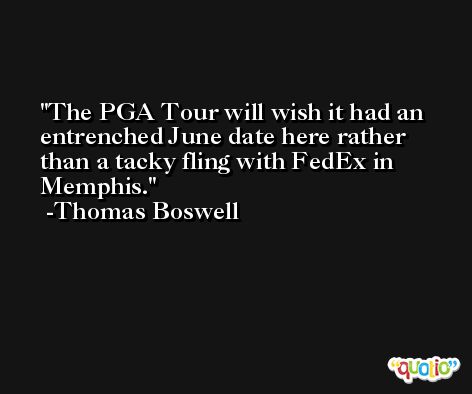