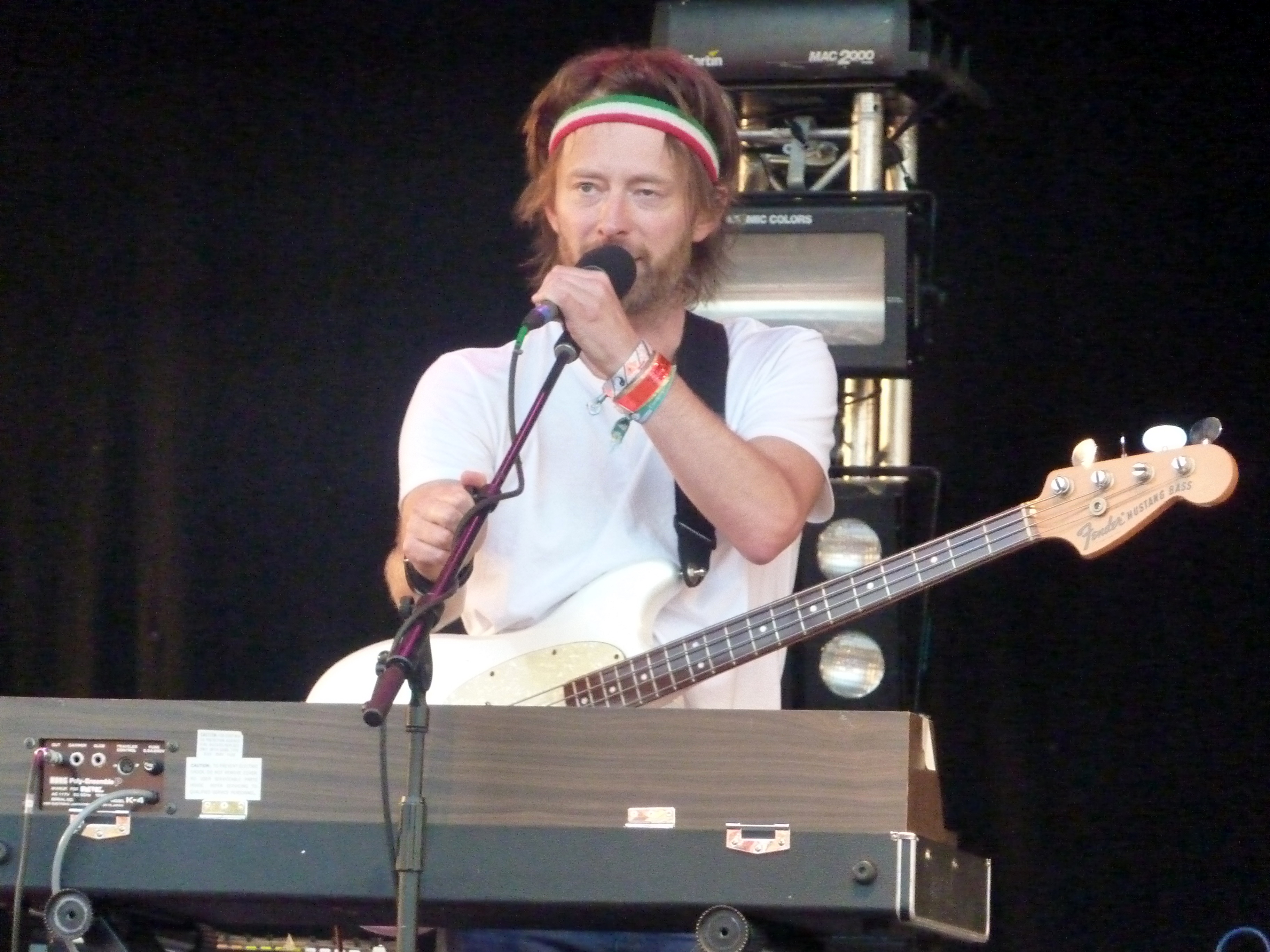 "Thomas Edward" ""Thom"" "Yorke" is an English musician, singer, and songwriter. He is the lead singer and Songwriter/principal songwriter of the bands Radiohead and Atoms for Peace (band)/Atoms for Peace, known for his use of falsetto. As a multi-instrumentalist, he mainly plays guitar and piano, but also plays synthesizer, bass guitar, and drums among other instruments, and makes use of electronic equipment such as samplers and drum machines; later Radiohead albums credit him with playing "laptop". In the 1990s, Yorke was known as a rock musician, but the 2000 Radiohead album Kid A saw his work expand into electronic music. He has released two solo albums: The Eraser (2006) and Tomorrow's Modern Boxes (2014). Outside music, Yorke is a political activist on behalf of human rights, environmentalism/environmentalist and anti-war causes.

Yorke was born in 1968 in Northamptonshire. His family moved often before settling in Oxfordshire, where Yorke attended Abingdon School and founded Radiohead, then called On a Friday, with schoolmates. After he finished his degree at the University of Exeter, Radiohead signed to Parlophone; their early hit single "Creep (Radiohead song)/Creep" made Yorke a celebrity.

If you enjoy these quotes, be sure to check out other famous musicians! More Thom Yorke on Wikipedia.

We are going into a proper studio on Thursday (August 1 with 192 faders which is a lot of choice a bit like the supermarket and it may all go off before we get to it so we have to eat quick.

By the way, listening back to things we are doing and looking through the lyrics today and stuff, it feels like we are finally getting somewhere. There are lots of songs. Too many to get together straight away. So we will be furiously rehearsing and writing as we go. 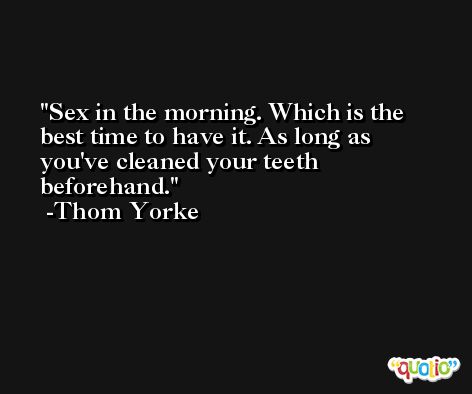 Some of the random stuff we have at the moment could be the most exciting. [We're] trying to figure out how on earth we will be able to play some of it.

Blair has no environmental credentials as far as I'm concerned.