Henry was born in Les Ulis, Essonne (a suburb of Paris) where he played for an array of local sides as a youngster and showed great promise as a goal-scorer. He was spotted by AS Monaco FC/AS Monaco in 1990 and signed instantly, making his professional debut in 1994. Good form led to an international call-up in 1998, after which he signed for the Serie A defending champions Juventus F.C./Juventus. He had a disappointing season playing on the Winger (soccer)/wing, before joining Arsenal for Pound sterling/£11 million in 1999.

If you enjoy these quotes, be sure to check out other famous athletes! More Thierry Henry on Wikipedia.

It was a blue wonder. 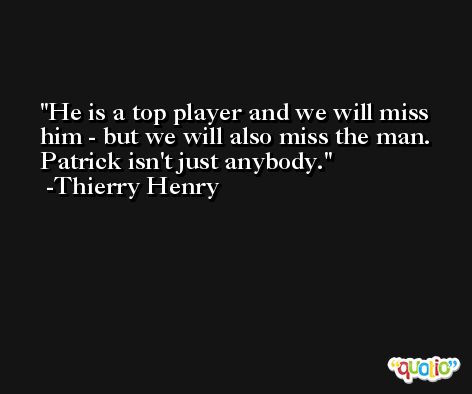 On the last match day in Europe France snatched a place in our World Cup.

I think the kit is great. It's back to the roots, back to what the first kit was like. 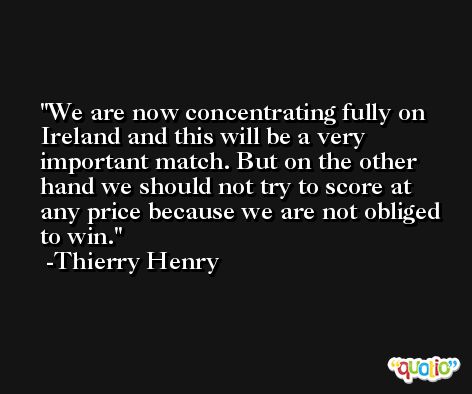 I expect an amazing atmosphere for the Irish team, and I know it won't be easy at all. I also expect typical commitment and desire. I think Ireland can play really good football.

We have one of the strongest squads in Europe and there is no reason why this club cannot finish the season as European champions.