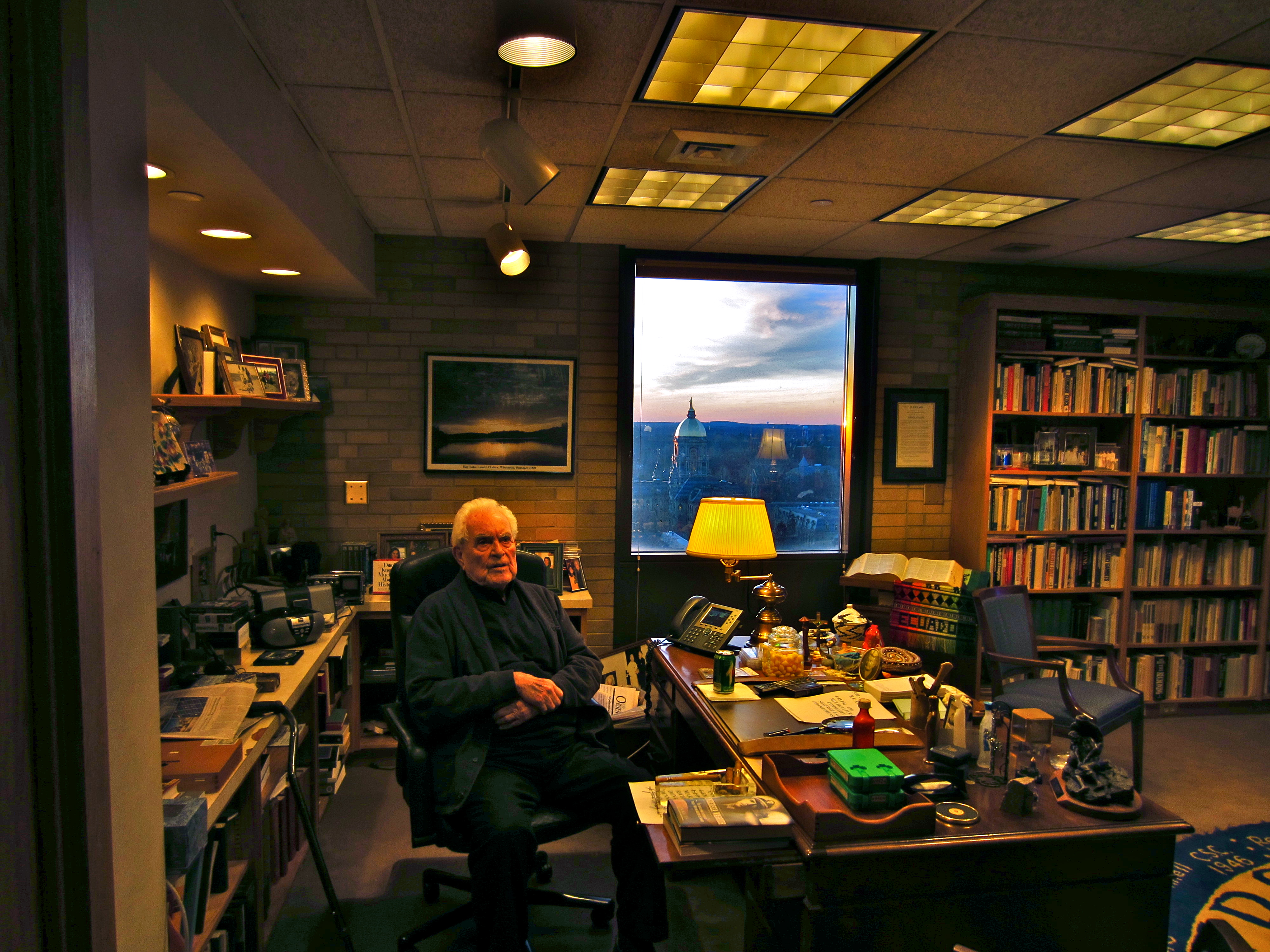 Hesburgh grew up in Syracuse and had wished to become a priest since early childhood. He studied at Notre Dame until his seminary sent him to Italy. He studied in Rome until he was forced to leave due to the outbreak of World War II. He graduated from The Catholic University of America in 1945, having earned a Doctorate in Sacred Theology. He became executive vice-president in 1949 and served in that position for 3 years.

If you enjoy these quotes, be sure to check out other famous clergy! More Theodore Hesburgh on Wikipedia.

Voting is a civic sacrament. 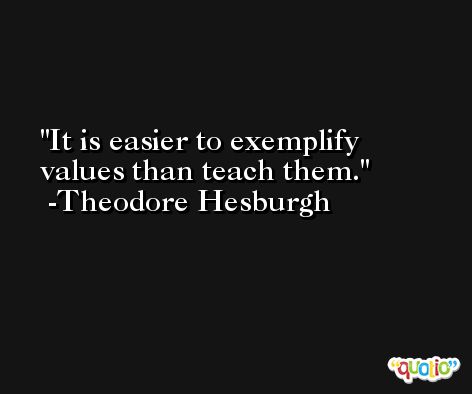 The very essence of leadership is [that] you have a vision. It's got to be a vision you articulate clearly and forcefully on every occasion. You can't blow an uncertain trumpet. 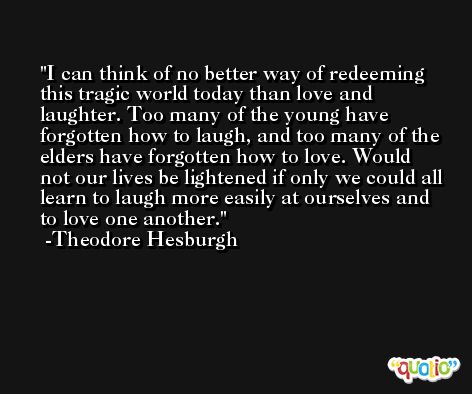 The greatest fallout of the space program, ... was not the close-up view of the moon, but a look at spaceship Earth from afar. For the first time in the history of humanity, we were able to see our planet for what it really is.