"Theodore Herman Albert Dreiser" was an American novelist and journalist of the naturalism (literature)/naturalist school. His novels often featured main characters who succeeded at their objectives despite a lack of a firm moral code, and literary situations that more closely resemble studies of nature than tales of choice and agency (philosophy)/agency. Dreiser's best known novels include Sister Carrie (1900) and An American Tragedy (1925).

If you enjoy these quotes, be sure to check out other famous novelists! More Theodore Dreiser on Wikipedia.

Art is the stored honey of the human soul, gathered on wings of misery and travail.

If I were personally to define religion I would say that it is a bandage that man has invented to protect a soul made bloody by circumstance. (attributed). 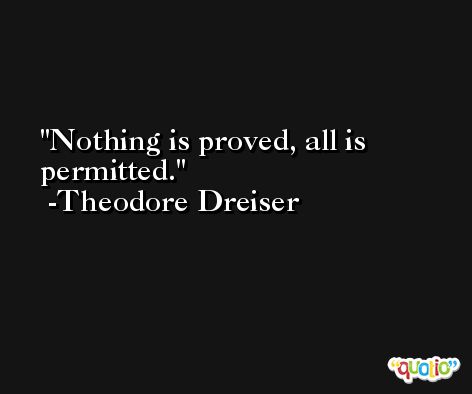 [Honors: At his funeral, Charlie Chaplin read Dreiser's poem,] The Road I Came. ... American writing before and after his time differed almost as much as biology before and after Darwin. He was a man of large originality, of profound feeling and of unshakable courage. All of us who write are better off because he lived, worked and hoped.

I believe in the compelling power of love. I do not understand it. I believe it to be the most fragrant blossom of all this thorny existence. 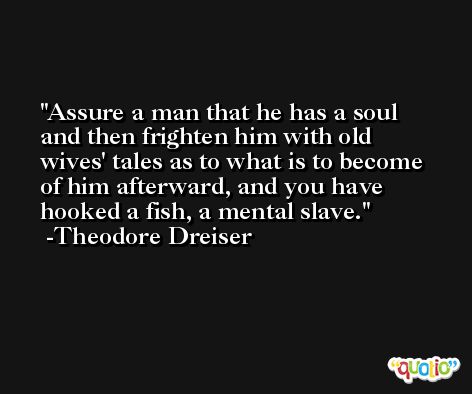 Words are but the vague shadows of the volumes we mean. Little audible links, they are, chaining together great inaudible feelings and purposes.

Let no one underestimate the need of pity. We live in a stony universe whose hard, brilliant forces rage fiercely. 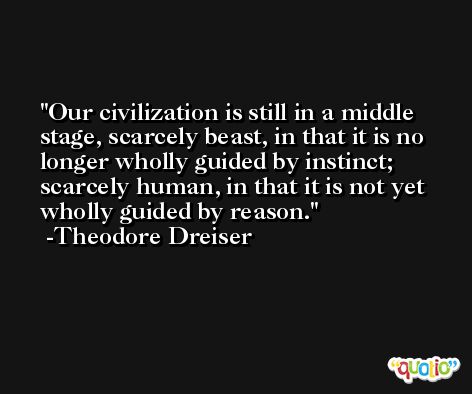