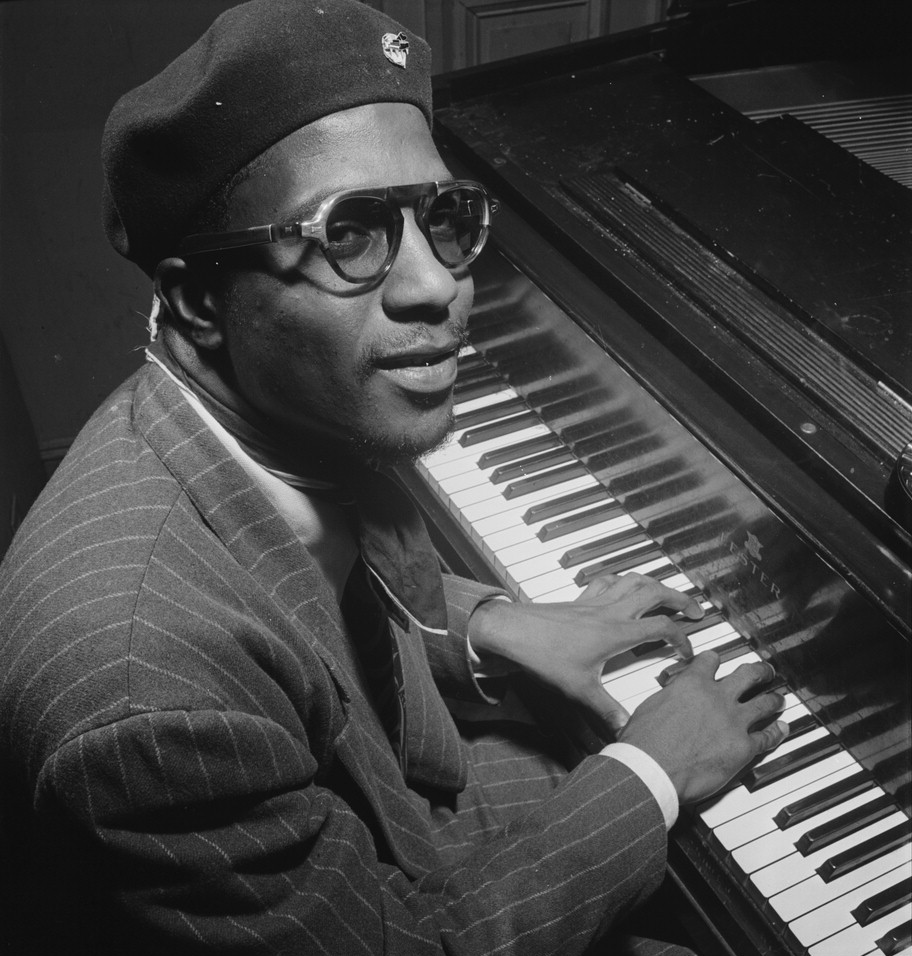 "Thelonious Sphere Monk" was an American jazz pianist and composer. Monk had a unique improvisational style and made numerous contributions to the standard jazz repertoire, including "'Round Midnight (song)/'Round Midnight," "Blue Monk," "Ruby, My Dear," "In Walked Bud," and "Well, You Needn't". Monk is the second-most recorded jazz composer after Duke Ellington, which is particularly remarkable as Ellington composed more than 1,000 pieces, whereas Monk wrote about 70.

His compositions and improvisations feature consonance and dissonance/dissonances and angular melodic twists, and are consistent with Monk's Orthodoxy/unorthodox approach to the piano, which combined a highly percussive attack with abrupt, dramatic use of silences and hesitations.

He was renowned for his distinctive style in suits, hats, and sunglasses. He was also noted for an idiosyncratic habit observed at times during performances: while the other musicians in the band continued playing, he would stop, stand up from the keyboard, and dance for a few moments before returning to the piano.

Monk is one of five jazz musicians to have been featured on the cover of Time magazine/Time, after Louis Armstrong, Dave Brubeck, and Duke Ellington, and before Wynton Marsalis.

If you enjoy these quotes, be sure to check out other famous musicians! More Thelonious Monk on Wikipedia.

Sometimes it's to your advantage for people to think you're crazy.