"The Independent" is a British national morning List of newspapers in the United Kingdom/newspaper published in London by Independent Print Limited, owned by Alexander Lebedev since 2010. Nicknamed the Indy, it was launched in 1986 and is one of the youngest UK national daily newspapers. The daily edition was named National Newspaper of the Year at the 2004 British Press Awards. The current editor, Amol Rajan, was appointed in 2013, and its deputy editor, Archie Bland, in 2012. Bland was one of the youngest people to be appointed to a senior managerial post in the British newspaper industry, at 28 years old. Rajan was not quite 30 at the time of his appointment in June 2013.

Originally a broadsheet newspaper, the newspaper has been published in a Tabloid/tabloid or "Compact (newspaper)/compact" format since 2003. The Independent is regarded as coming from the centre-left, on culture and politics, but tends to take a more pro-market stance on economic issues. It has not affiliated itself with any political party and features a range of views given on its editorial and Op-ed/comment pages. The paper originally described itself as "free from party political bias, free from proprietorial influence"—a banner it carried on the front page of its daily edition. This banner was dropped in September 2011.

More The Independent on Wikipedia.

To publish (the cartoons).. would be a publicity seeking stunt that is gratuitously offensive and ultimately rather juvenile. 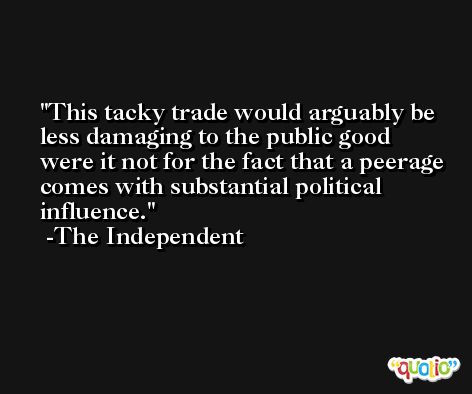