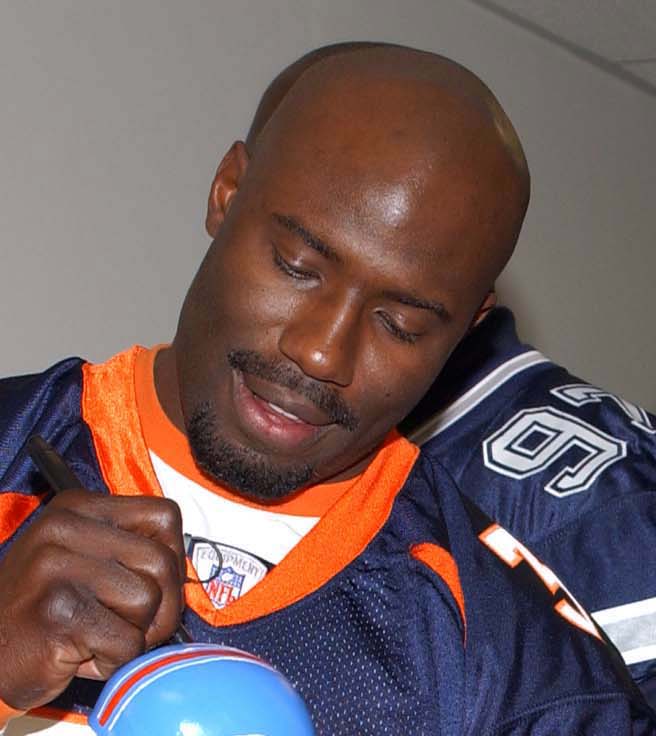 "Terrell Lamar Davis" is a former American football running back who played for the Denver Broncos of the National Football League (NFL) from 1995 NFL season/1995 to 2001 NFL season/2001.

Davis was drafted by the Broncos in the sixth round (196th pick overall) of the 1995 NFL Draft. He is the Denver Broncos all-time leading rusher, with 7,607 rushing yards. As a player, he was given the nickname "T. D." by players, fans and the media; this denoted both the initials of his first and last name as well as being an abbreviation for touchdown.

If you enjoy these quotes, be sure to check out other famous athletes! More Terrell Davis on Wikipedia.

The Jets' defense is a little small, but they're very quick and talented.

Kansas City probably has the best offensive line in the conference. 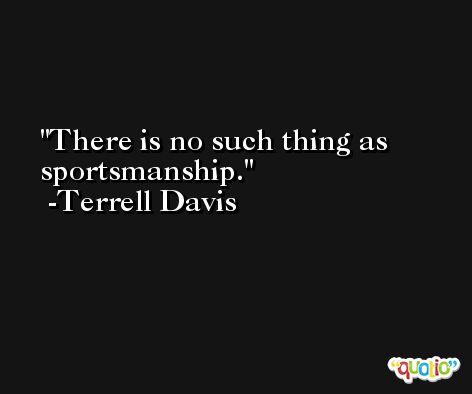