"Theodore V. "Ted" Wells, Jr." is a prominent criminal attorney. A litigation partner at the New York law firm of Paul, Weiss, Rifkind, Wharton & Garrison LLP, the National Law Journal has selected Wells as one of America's best white-collar defense attorneys on numerous occasions. Wells received his B.A. from College of the Holy Cross, his M.B.A. from Harvard Business School, and his Juris Doctor/J.D. from Harvard Law School. He and his wife, former Secretary of State of New Jersey Nina Mitchell Wells, reside in Livingston, New Jersey.

Wells attended Holy Cross at the same time as Clarence Thomas, now a Supreme Court of the United States/Supreme Court justice. Both participated in a walkout based on their beliefs of unfair Racism/racially motivated practices, on the part of the college. The two were part of the same organization for African-American students at Holy Cross.

Wells represented Lewis Libby/Lewis "Scooter" Libby, Jr., who was convicted on March 6, 2007, in the CIA leak grand jury investigation for perjury, obstruction of justice, and lying to the FBI. Wells filed an appeal of Libby's convictions, but dropped the appeal in December 2007 after President Bush commuted Libby's 30-month prison sentence.

We are concerned that the department's view of the law may now change because there is a new administration, and it is expedient to investigate an outspoken Democratic senator in a climate of political uncertainty in the Senate. 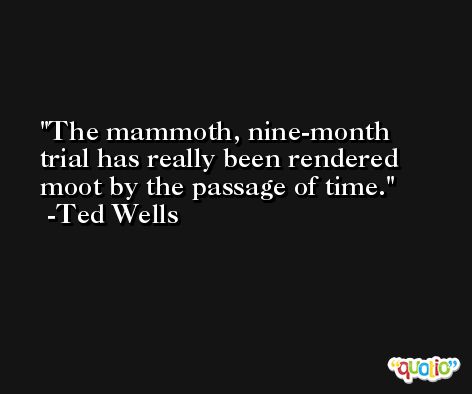 Hopefully, as information is obtained from reporters like Bob Woodward, the real facts will come out. 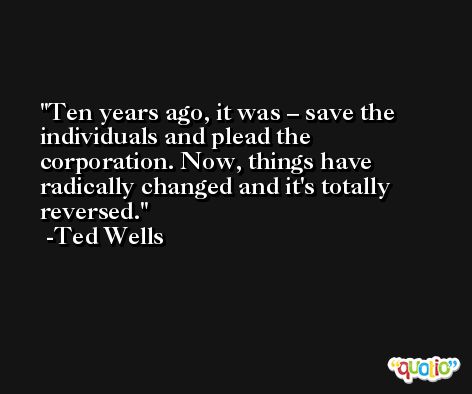 Whether the price of the cessation program is $130 billion or $10 billion or 99 cents, it is still a fatally flawed program. 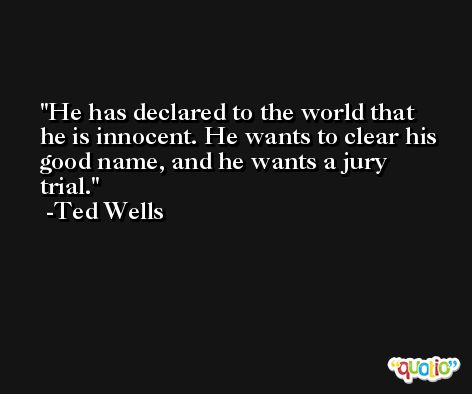