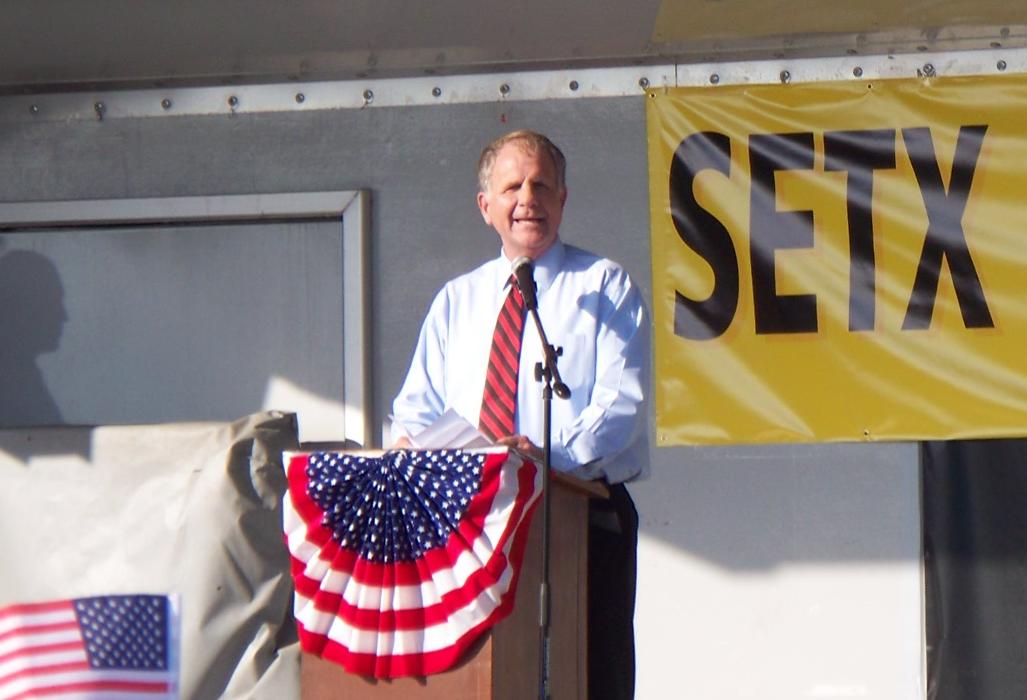 "Lloyd "Ted" Poe" is a Republican Party (United States)/Republican politician currently representing Texas's 2nd congressional district in the United States House of Representatives. The district includes many eastern and northern Houston, Texas/Houston suburbs. He is the first Republican to ever represent the Texas 2nd.

If you enjoy these quotes, be sure to check out other famous politicians! More Ted Poe on Wikipedia.

Music is one of the easy things to eliminate because of budget cuts, but it's important to give kids the avenue to express themselves.

People involved in fraud, waste and abuse, trading on the misfortune of others, should be severely prosecuted under the law, both state and federal. 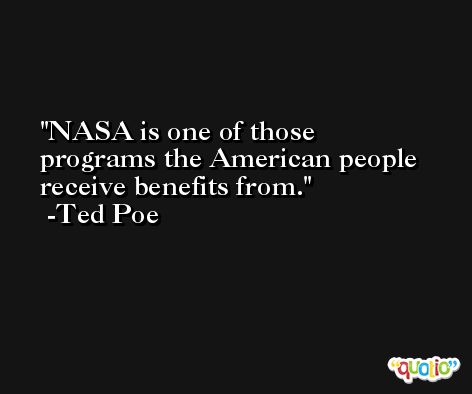 We just want to be up front immediately.

This is going to move people quicker, faster and smarter to other parts of the city. 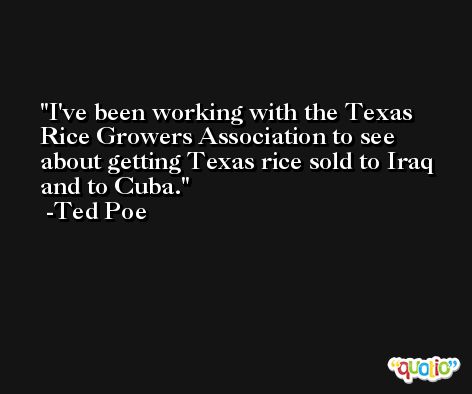 It will also move people to Crosby, Dayton, Liberty and Beaumont like it was originally designed.

The reason we're here is because of a little girl who was 9 years old and lived in Florida, ... I hope we get to the day in this country when we can quit naming bills after murdered children. 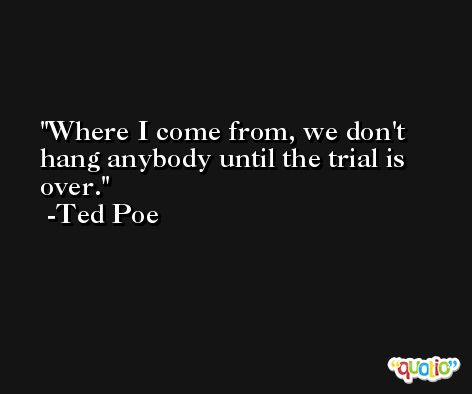