"Scott Leo" ""Taye"" "Diggs" is an American theatre, film and television actor, best known by his nickname, Taye Diggs. He is perhaps best known for his roles in the Broadway musical Rent (musical)/Rent, the motion picture How Stella Got Her Groove Back, the television series Private Practice (TV series)/Private Practice and his starring role in the cult favorite motion picture The Best Man (1999 film)/The Best Man as Harper Stewart, as well as its sequel The Best Man Holiday. His nickname, Taye, comes from the playful pronunciation of Scotty as "Scottay".

If you enjoy these quotes, be sure to check out other famous actors! More Taye Diggs on Wikipedia.

When I agreed to do the show, I thought it was a brilliant premise, ... but it turned out to be a fixer-upper. By the end, I was beat down. It takes a lot of energy fixing and upping.

Just recently white people are starting to notice who I am. In the black community of actors, that's the gauge of how big you are, your real crossover appeal. 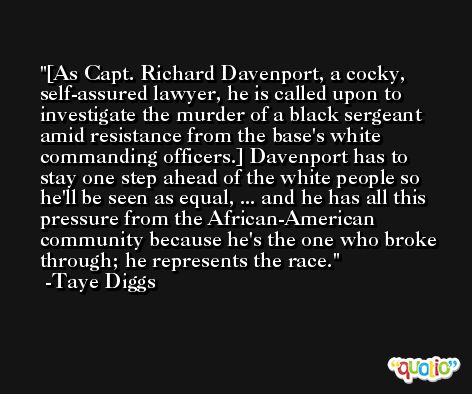 My concern is if Katrina were not to have happened, I'm wondering if people would realize the continuing relevance of pieces such as this. I really think a lot of white folks just get tired of being reminded that race is still an issue, because today it is so subtle and kind of masked.

[This winning drama is being delivered at Second Stage, which revived] A Soldier's Play ... They'll still hate you! 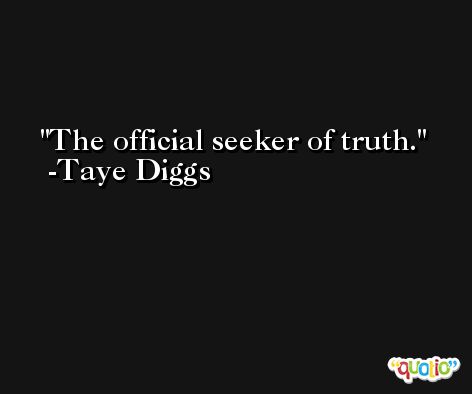