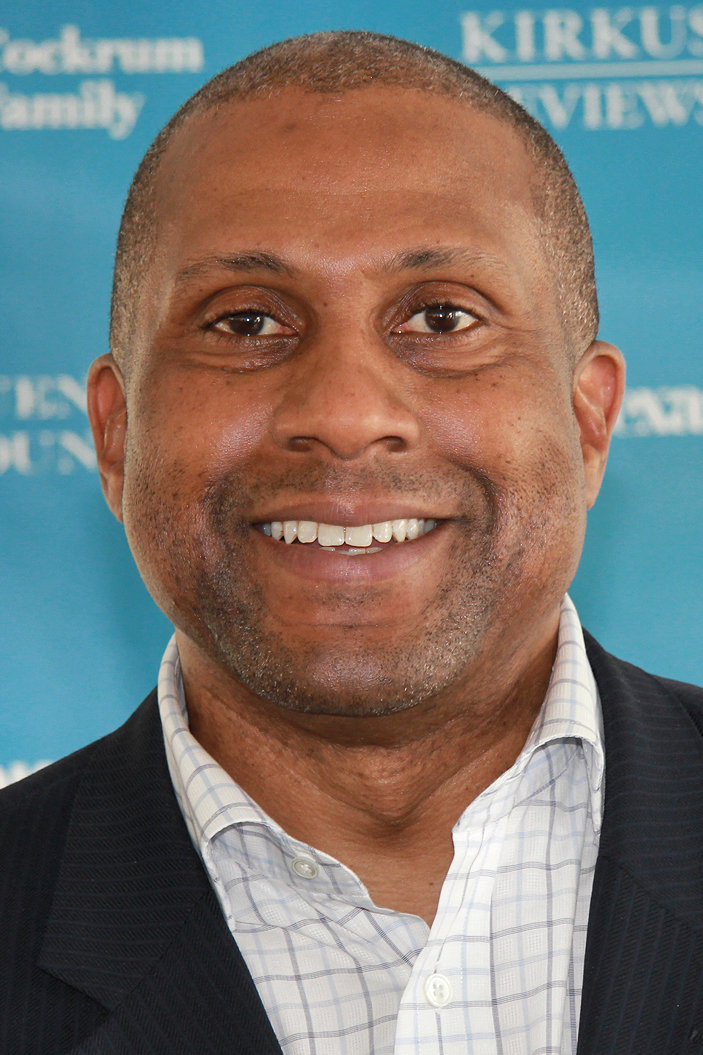 "Tavis Smiley" is an American talk show host, author, liberal political commentator, entrepreneur, advocate and philanthropist. Smiley was born in Gulfport, Mississippi, and grew up in Bunker Hill, Indiana. After attending Indiana University Bloomington/Indiana University, he worked during the late 1980s as an aide to Tom Bradley (American politician)/Tom Bradley, the mayor of Los Angeles. Smiley became a radio commentator in 1991, and starting in 1996, he hosted the talk show BET Talk (later renamed BET Tonight) on Black Entertainment Television/BET. After Smiley sold an exclusive interview of Sara Jane Olson to ABC News in 2001, BET declined to renew Smiley's contract that year. Smiley then began hosting The Tavis Smiley Show on National Public Radio/NPR (2002-04) and currently hosts Tavis Smiley on Public Broadcasting Service/PBS on the weekdays and "The Tavis Smiley Show" from Public Radio International/PRI. From 2010 to 2013, Smiley and Cornel West joined forces to host their own radio talk show, Smiley & West. They were featured together interviewing musician Bill Withers in the 2009 documentary film Still Bill (film)/Still Bill. He is the new host of "Tavis Talks" on BlogTalkRadio's Tavis Smiley Network.

If you enjoy these quotes, be sure to check out other famous writers! More Tavis Smiley on Wikipedia.

We give you the facts. I told you information is power -- knowledge is power. We can't be in an ideological battle to redeem the soul of this country if we don't have the facts.

He was an authentic American hero whose work will be respected and dissected for years to come. This media empire is still number one and still 100 percent black-owned. 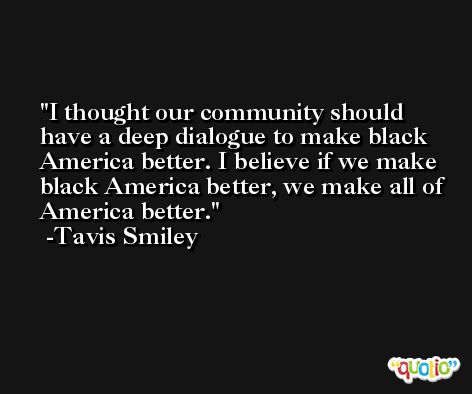 It was impressive for everyone to see that progress is being made. 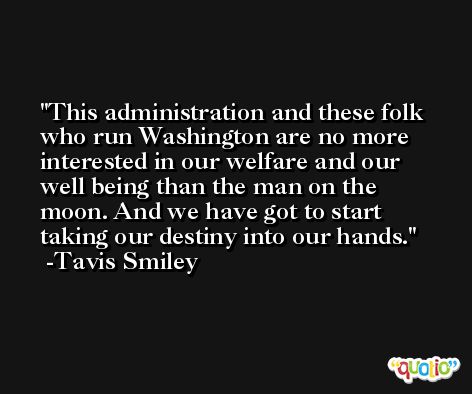 Jamestown changed the world in many ways, but perhaps it shaped our nation most profoundly the day Africans arrived. I can't think of a more relevant place to talk about the issues facing our community today than the place where African culture became American culture.

The storm came. Lives were washed away. Ancient pains resurfaced. Now it is time for a sea of change.