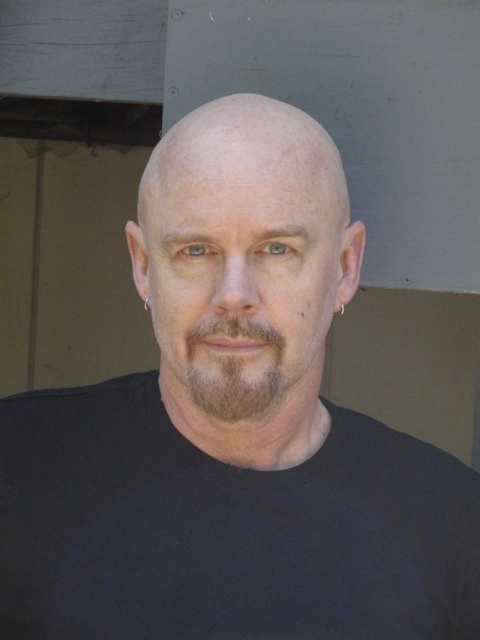 "Robert Paul "Tad" Williams" is an American storyteller. He is the international bestselling fantasy and science fiction List of science fiction authors/author of the multivolume Memory, Sorrow, and Thorn series, Otherland series, and Shadowmarch series as well as the standalone novels Tailchaser's Song, The War of the Flowers, Caliban's our, and Child of an Ancient City. Most recently, Williams published The Bobby Dollar series. His short fiction and essays have been published in anthologies and collected in Rite: Short Work and A Stark and Wormy Knight. Cumulatively, over 17 million copies of Williams' works have been sold.

If you enjoy these quotes, be sure to check out other famous writers! More Tad Williams on Wikipedia.

We tell lies when we are afraid, . . . afraid of what we don't know, of what others will think, afraid of what will be found out about us. But every time we tell a lie, the thing that we fear grows stronger.

He who is certain he knows the ending of things when he is only beginning them is either extremely wise or extremely foolish; no matter which is true, he is certainly an unhappy man, for he has put a knife in the heart of wonder. 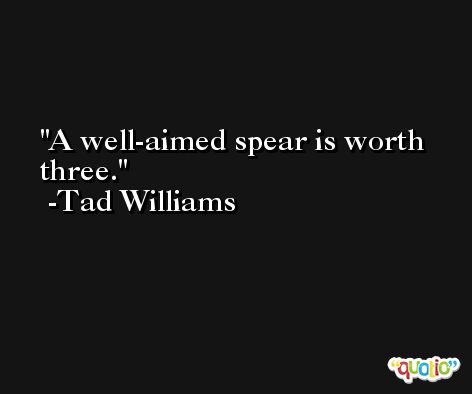 Don't go out in the world and get chased by monsters and madmen. Don't make enemies. 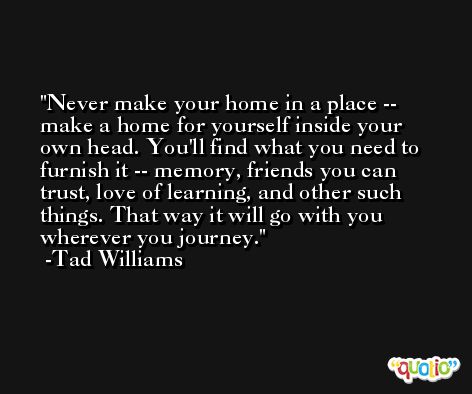 This is an ill-omened year!