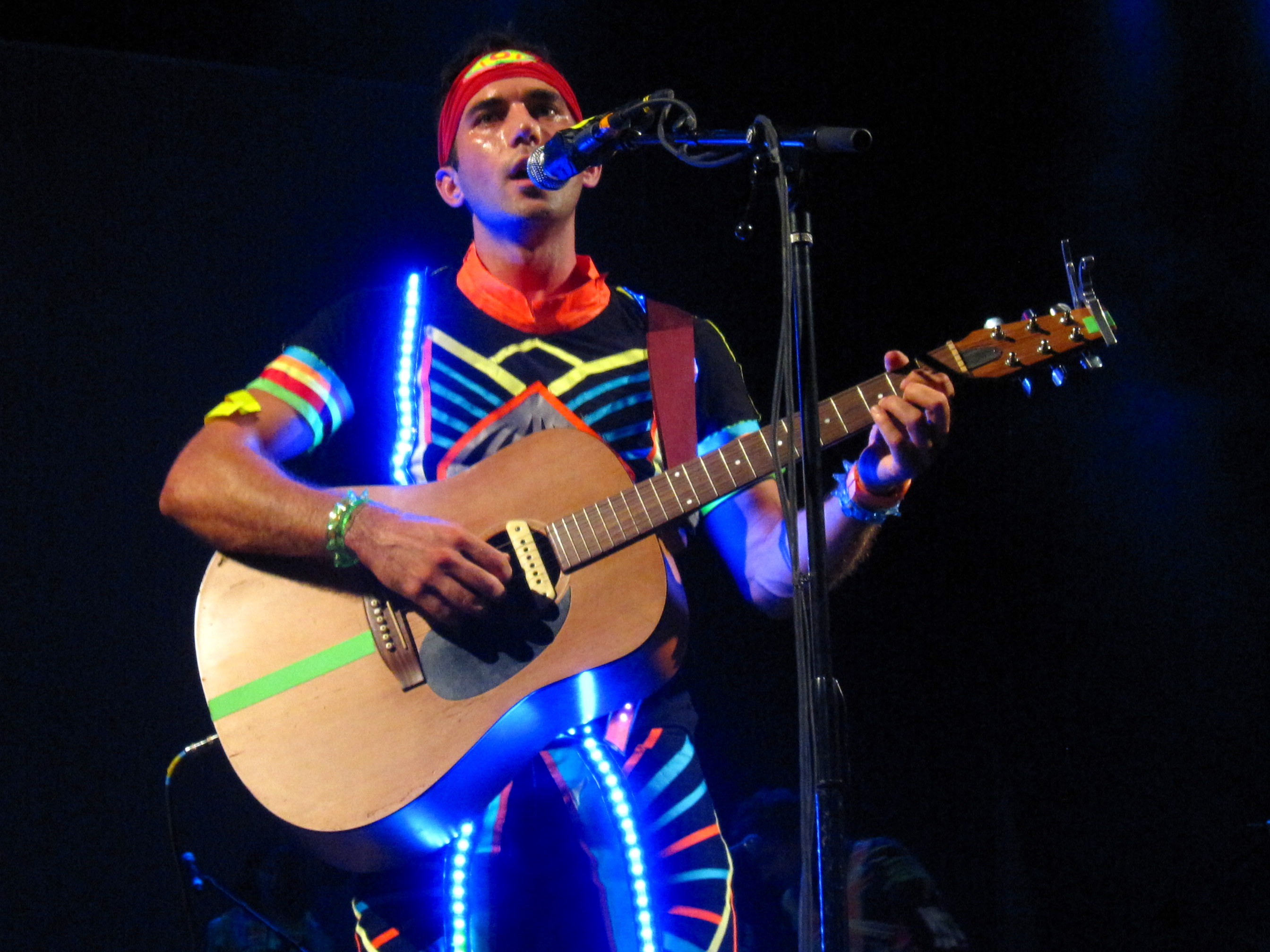 "Sufjan Stevens" is an American singer-songwriter and musician born in Detroit, Michigan. Stevens first began releasing his music on Asthmatic Kitty, a label co-founded with his stepfather, beginning with the 1999 release, A Sun Came. He is best known for his 2005 album, Illinois (album)/Illinois, which hit number one in the Billboard charts/Billboard Top Heatseekers chart, and for the song "Chicago (Sufjan Stevens song)/Chicago".

Stevens has released albums of varying styles, from the electronica of Enjoy Your Rabbit and the lo-fi folk music/folk of Seven Swans to the symphonic instrumentation of Illinois and Christmas-themed Songs for Christmas (Sufjan Stevens album)/Songs for Christmas. Stevens makes use of a variety of instruments, often playing many of them himself on the same recording, and writes music in various time signatures. Though he has repeatedly stated an intent to separate his beliefs from his music, Stevens also freely draws from the Bible and other spiritual traditions, often incorporating mystical elements into his music.

It's really about a sensory experience and getting fully involved and fully entrenched in the pageantry of Illinois.

I do wonder if people aren't just interested in music that has meaning, ... Because there's been an exhaustion through forms and genres, like rock and electronica, doing away with melodies, and I think maybe we're always interested in songs - folk songs, hymns, whatever. Patriotic songs with strong melodies. It's the basis of what I'm doing, just focusing on traditional songwriting. 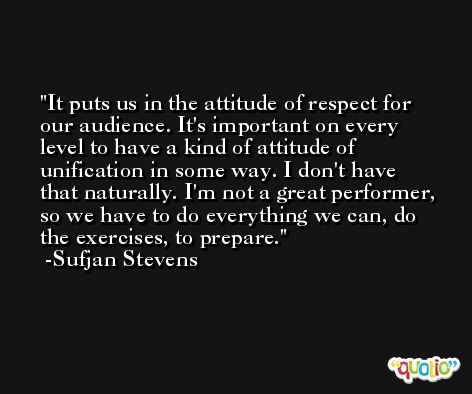 I was working on several states simultaneously. The tone of the music for Illinois seemed much more exciting and challenging to me. The music itself seemed to evoke a very big character. 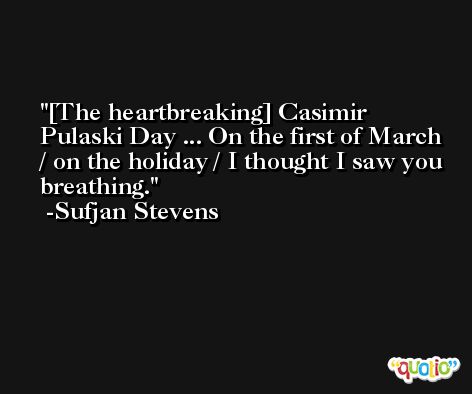 So I'm a little worried about that — though I know I don't have to worry about these things in the way, I don't know, that Cher has to worry about it.

I think it just helps us to feel kind of unified. 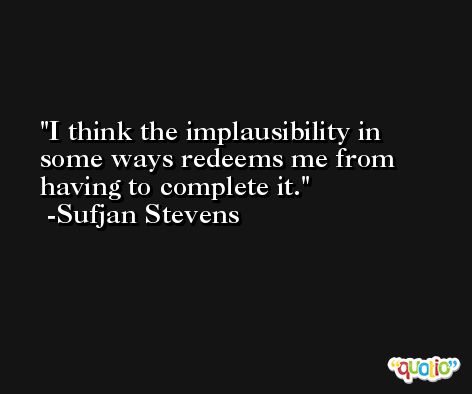