"Sue Murphy" is a stand-up comedian who has worked on such shows as Short Attention Span Theater, The Jeff Foxworthy Show, Comedy Central Presents and Wanda Does It. Shes has also been a producer and writer on The Ellen DeGeneres Show, The Class/The Class and Wanda at Large and appeared in the movie Nine Months. In 2001 she was honored with a nomination for the American Comedy Award for Best Female Stand-Up.

She recently became the Co-Executive Producer of Chelsea Lately, and appeared on camera at the end of the episode that aired on December 14, 2012.

Did you ever walk into a room and forget why you walked in? I think that's how dogs spend their lives.

We played lousy. I think they were just not up for the game. 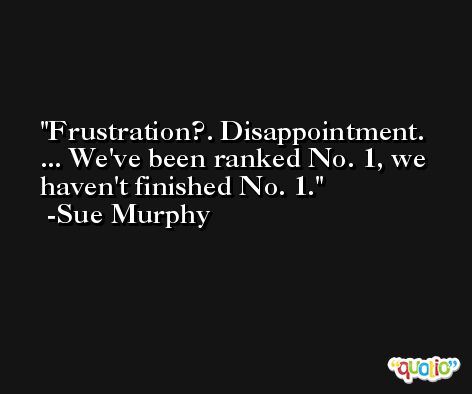 Hats off to Apple Valley. They played excellent.

It is a young team, and we plan on building. 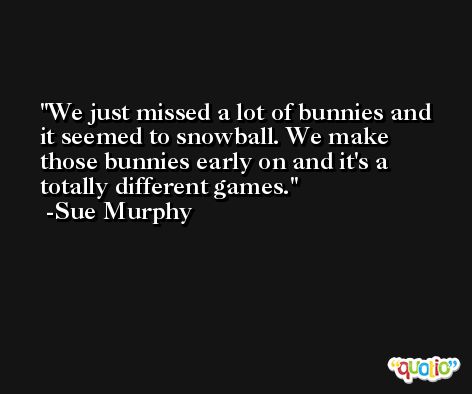 You've got to have somebody there that lets them know that you care about them. And she did.

I tell them it wasn't for a lack of effort. They tried, every second. It's just tough to have your final game be one where things just aren't going well for you. 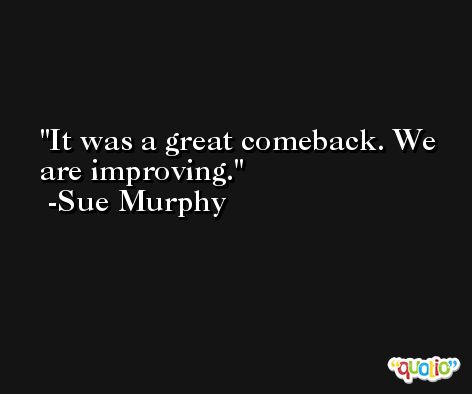 They left the inside open. We either didn't hang on or didn't finish when we got the shots. They were pretty much daring us to go in there and we didn't really take care of it at all.