"Stuart Rothenberg" is an American editing/editor, publishing/publisher, and political science/political analyst. He is best known for his biweekly political newsletter The Rothenberg Political Report. He is also a regular columnist at Roll Call and an occasional editorial/op-ed contributor to other publications, including The Wall Street Journal, The Washington Post, The New York Times, and The Orlando Sentinel.

Accomplished a bit more for Bush than for Gore only because there were more question marks for Bush. I think he established that he possesses at least the minimum qualifications for being president.

The Republicans and the president seem to have come together on a number of issues to arrive at a consensus. The deepening division is now between the Democratic President Bill Clinton and the Democratic leader in the House, Dick Gephardt, and a lot of this is positioning for the year 2000. 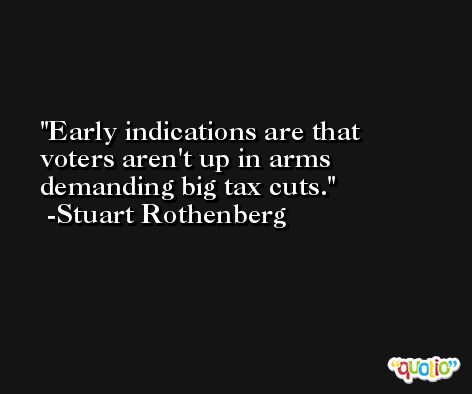 These numbers suggest an electorate ripe for an 'it's-time-for-change' argument. They don't like the way things are going, and they are blaming the people in charge.

Overall we have not seen that many seats that changed hands one way or the other, and Republicans did surprisingly well in the East, enough to offset any late Democratic advantage in the West. 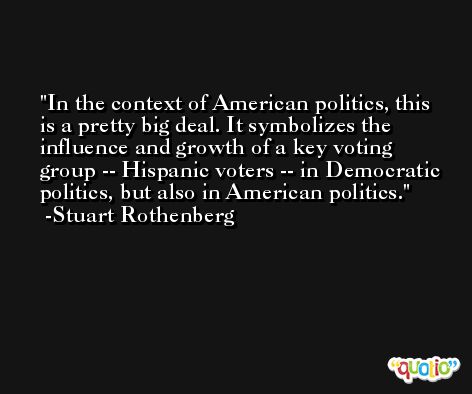 The environment is better and better for Democrats.

The problem with the big issues, Social Security reform, campaign finance reform, fundamental tax reform, is that they are so politically dangerous that I think both sides want to avoid them. 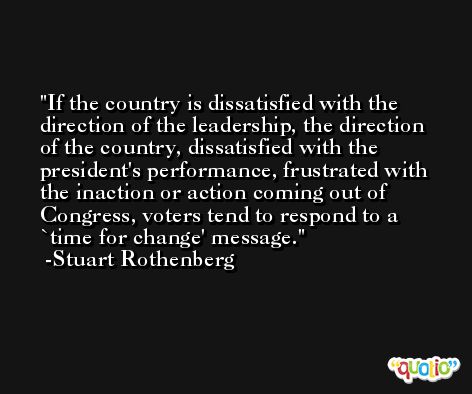