"Stuart Chase" was an American economist (MIT), social theorist and writer. His writings covered topics as diverse as general semantics and physical economy. Chase's thought was shaped by Henry George, economic philosopher Thorstein Veblen, Fabian Society/Fabian socialism, as well as the Communist social and educational experiments being conducted in the Soviet Union around 1930.; Chase spent his early political

If you enjoy these quotes, be sure to check out other famous writers! More Stuart Chase on Wikipedia.

Traditional nationalism cannot survive the fissioning of the atom. One world or none. 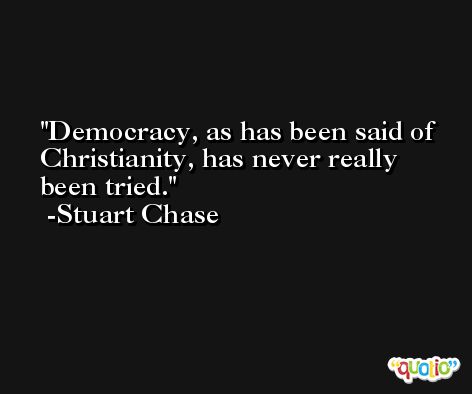 I find it difficult to believe that words have no meaning in themselves, hard as I try. Habits of a lifetime are not lightly thrown aside.