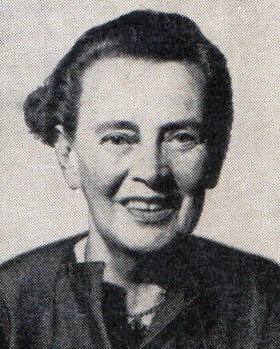 "Margaret Storm Jameson" was an English journalist and author, known for her novels and reviews.

Jameson was born in Whitby, Yorkshire, and studied at the University of Leeds. She moved to London, where she earned a Masters of Arts degree from King's College London in 1914 and then went on to teach before becoming a full-time writer. She married the author Guy Chapman (historian)/Guy Chapman, but continued to be published under her maiden name, Storm Jameson. Though she predominantly used her own name, she also published three novels pseudonymously in 1937–38. The first two used the name James Hill and the third one was published under the name William Lamb.

Jameson was a prominent president of the British branch of the International PEN association, from 1939, and active in helping refugee writers. She was a founding

member of the Peace Pledge Union.

Jameson was a socialist in the 1930s;Montefiore, Janet.

outbreak of the Second World War caused her to recant her pacifism and later adopt anti-Communist views.

However, she remained a supporter of the Labour Party (UK)/Labour Party. In addition to her novels, Jameson wrote three autobiographies.

If you enjoy these quotes, be sure to check out other famous writers! More Storm Jameson on Wikipedia.

Happiness comes of the capacity to feel deeply, to enjoy simply, to think freely, to risk life, to be needed. 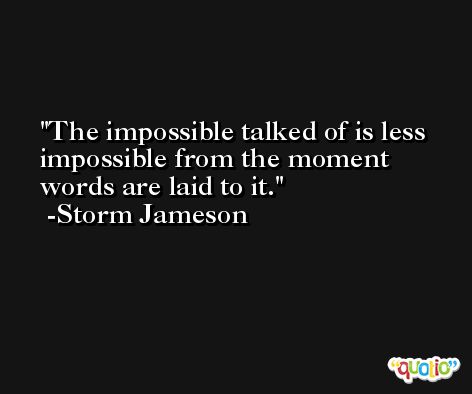 Mere human beings can't afford to be fanatical about anything. Not even about justice or loyalty. The fanatic for justice ends by murdering a million helpless people to clear a space for his law-courts. If we are to survive on this planet, there must be compromises.

We need the slower and more lasting stimulus of solitary reading as a relief from the pressure on eye, ear and nerves of the torrent of information and entertainment pouring from ever-open electronic jaws. It could end by stupefying us. 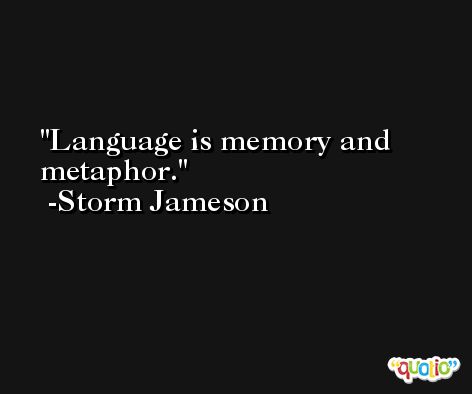 Think of all the really successful men and women you know. Do you know a single one who didn't learn very young the trick of calling attention to himself in the right quarters? 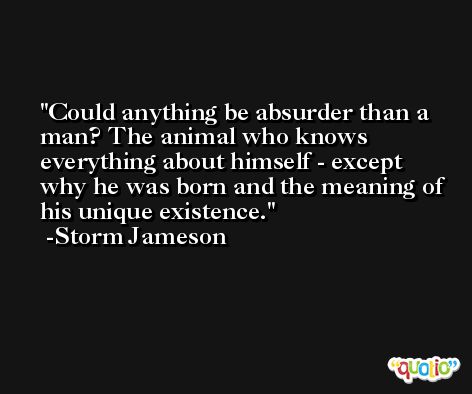 The only way to live is to accept each minute as an unrepeatable miracle, which is exactly what it is: a miracle and unrepeatable.