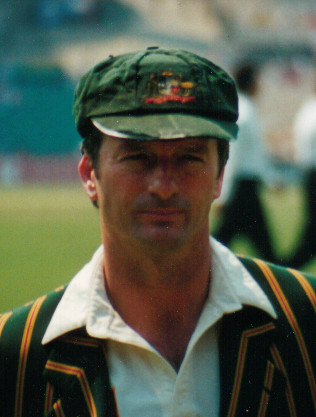 "Stephen Rodger" "Waugh", Order of Australia/AO is a former Australian cricketer and fraternal twin of cricketer Mark Waugh. A right-handed batsman, he was also a medium-pace bowler. Born in New South Wales, with whom he began his first class cricket career in 1984, he Australian national cricket captains/captained the Australia national cricket team/Australian Test cricket team from 1999 to 2004, and was the most Cap (sport)/capped Test cricket player in history, with 168 appearances, until Sachin Tendulkar of India national cricket team/India broke this record in 2010. Thought of in the early stages of his career as only "a moderately talented player", at one point losing his Test place to his brother Mark, Waugh went on to become one of the leading batsmen of his time. He is one of only 11 players to have scored over 10,000 Test runs, led Australia to fifteen of their record sixteen consecutive Test wins, and to victory in the 1999 Cricket World Cup. He was named Australian of the Year in 2004 for his philanthropic work, and inducted into the ICC Cricket Hall of Fame in front of his home fans at the Sydney Cricket Ground in January 2010.

If you enjoy these quotes, be sure to check out other famous athletes! More Steve Waugh on Wikipedia.

They don't seem to have had the hunger normally associated with Australian cricket sides. From Australia's point of view, there have been a few injuries and too many statements in the papers leading up to the series.

I've always said I'd never automatically say no to options. 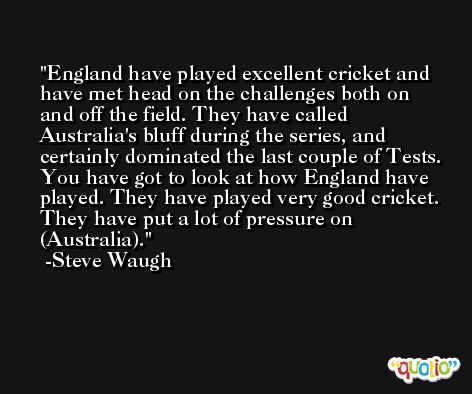 Actions do speak louder than words and they need to perform on the pitch. I was never a big believer in making outrageous statements - just little subtle hints here and there. Saying it is going to be 5-0 (referring to Glen McGrath's statement) puts enormous pressure on the guys when things start to go a little bit wrong and feel they have to live up to those expectations.

There may have been something behind that dinner, but I just took it as a casual conversation. 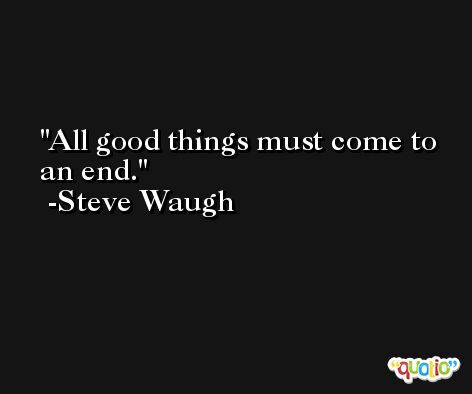 It's hard really to say who has the upper hand at this stage.

There were bits and pieces, but nothing substantial. 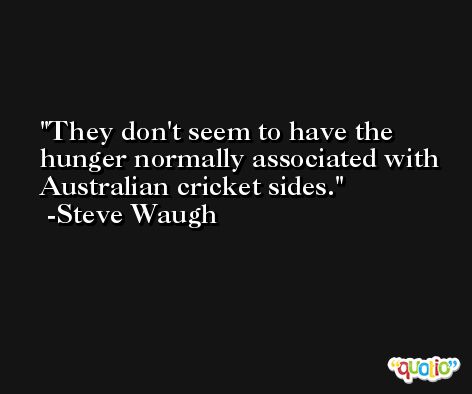