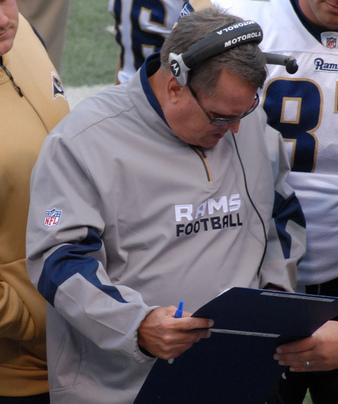 "Steve Loney" is an American football coach. He is currently offensive line assistant with the Tampa Bay Buccaneers. He was the offensive line coach for the Minnesota Vikings from 2003–2005, the Arizona Cardinals in 2006, and the St. Louis Rams from 2008 to 2011. Additionally, his highest coaching assignment in the NFL was as the offensive coordinator of the Vikings in 2005 under head coach Mike Tice. He held the dual role of offensive coordinator and offensive line coach at his alma mater Iowa State University from 1995-1997 and 2000–2001, and at the University of Minnesota from 1998-1999.

He was the head college football coach for Drake University and held that position for one season, in 2007. His overall coaching record at Drake was 6-5. This ranks him 15th at Drake in terms of total wins and tenth at Drake in terms of winning percentage.[http://www.cfbdatawarehouse.com/data/div_iaa/pioneer/drake/coaching_records.php Drake Coaching Records]

He is the author of a book titled 101 Offensive Line Drills, a book focusing on offensive line drills.

He was also the head coach at Morehead State University from 1981 to 1983.[http://www.cfbdatawarehouse.com/data/coaching/alltime_coach_year_by_year.php?coachid=4741 All-Time Coaching Records by Year]

This system has been in place for quite some time and so we'll work within that system and tweak it. In certain situations I've got to make sure there is a semblance of balance. You've got to have some things in there that keep the defense honest.

I really just call plays with my gut, ... And you certainly want to stay away from tendencies. There were very few hiccups in this (victory). 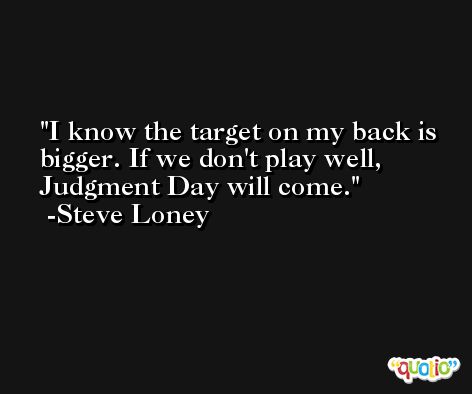 He's going to have to get a lot of reps. It's not punishment. It's really a good thing for him.

The what-ifs will kill you. 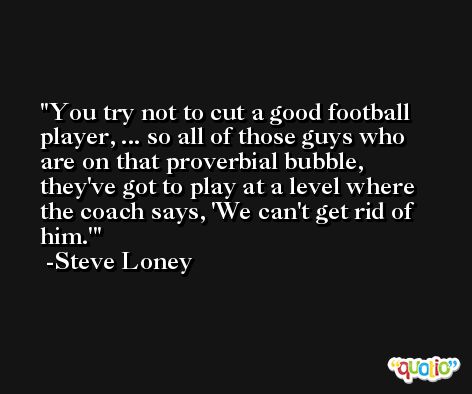 I don't think it's an issue, and I don't lack any confidence in doing so.

We need to be able to utilize our entire receiving corps.