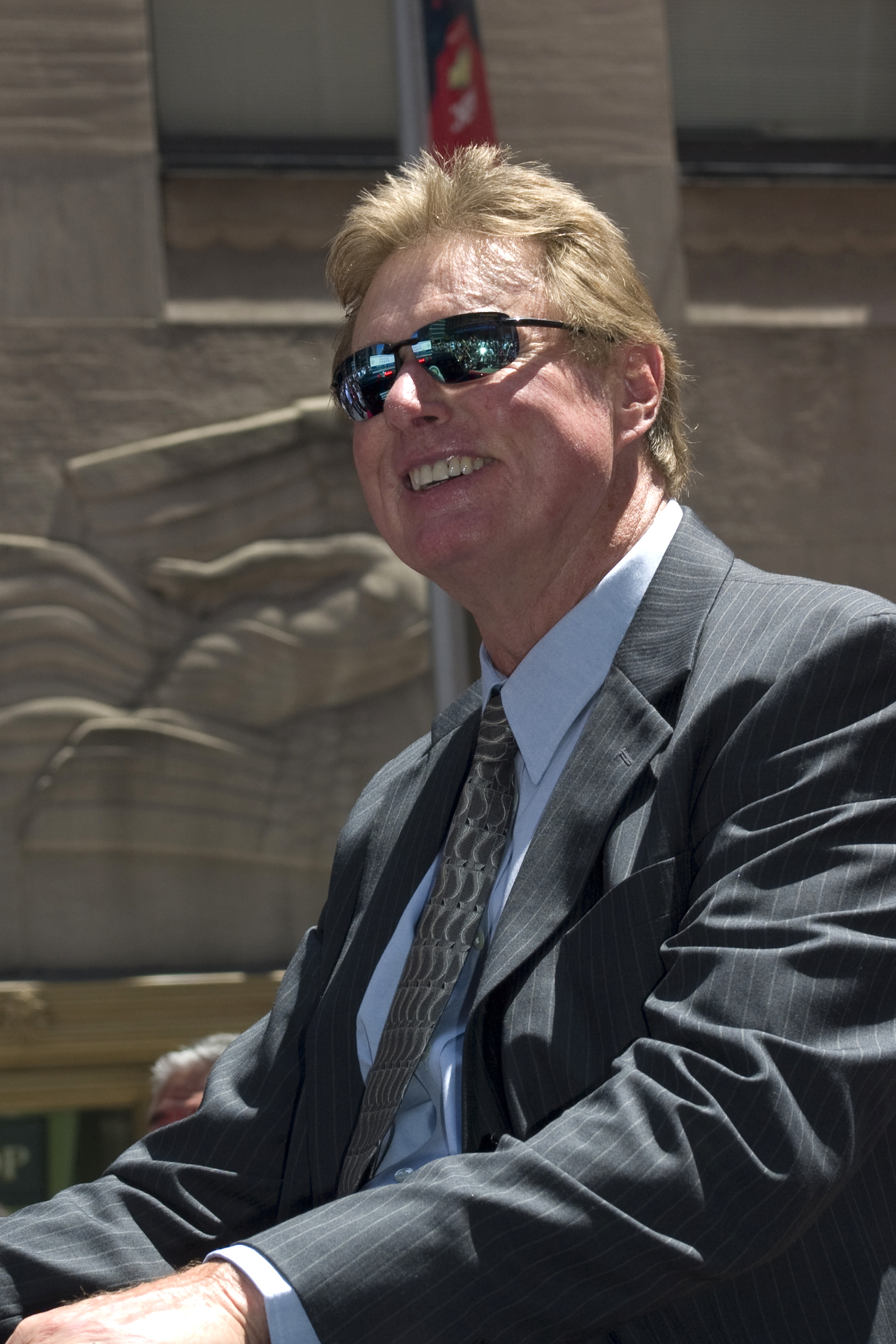 "Steven Norman "Steve" Carlton", nicknamed ""Lefty"", is a former Major League Baseball left-handed pitcher. He pitched from 1965 to 1988 for six different teams in his career, but it is his time with the Philadelphia Phillies where he received his greatest acclaim as a professional and won four Cy Young Awards. He was elected to the National Baseball Hall of Fame and Museum/Baseball Hall of Fame in Baseball Hall of Fame balloting, 1994/1994.

Carlton has the second-most lifetime strikeouts of any left-handed pitcher (4th overall), and the second-most lifetime Win–loss record (pitching)#Winning pitcher/wins of any left-handed pitcher (11th overall). He was the first pitcher to win four Cy Young Awards in a career. He held the lifetime strikeout record several times between and , before his contemporary Nolan Ryan passed him. One of his most remarkable records was accounting for nearly half (46%) of his team's wins, when he won 27 games for the last-place (59-97) Phillies. He is the last National League pitcher to win 25 or more games in one season, as well as the last pitcher from any team to throw more than 300 innings in a season. He also holds the record with the most career balks of any pitcher, with 90 (double the second on the all-time list, Bob Welch (baseball)/Bob Welch).

If you enjoy these quotes, be sure to check out other famous athletes! More Steve Carlton on Wikipedia.

So what I did on the field was the essence of what I am. Remember me like that.

To pick up the paper and read about yourself getting slammed, that doesn't start your day off right. 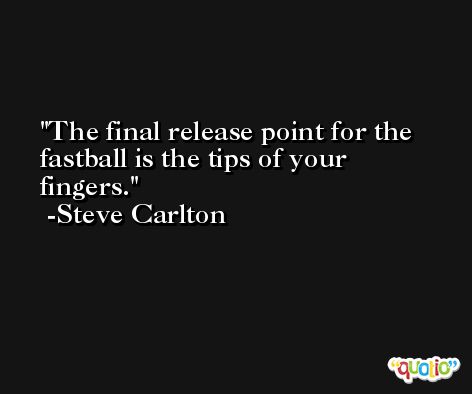 My major league debut came at old Busch Stadium on Grand Avenue in St. Louis against the Pittsburgh Pirates.

I took it personal. I got slammed quite a bit. 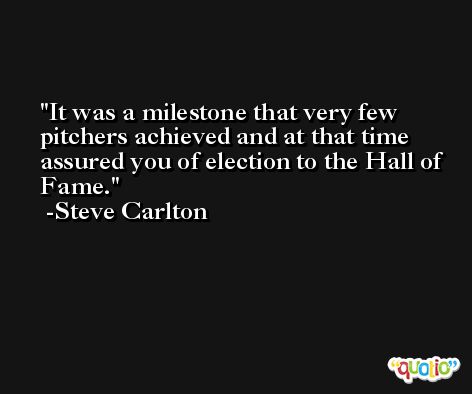 I trained myself to perform on the field.

Hopefully, Pete will be reinstated by Baseball and he will have his rightful place in baseball history, a plaque in the Hall of Fame. 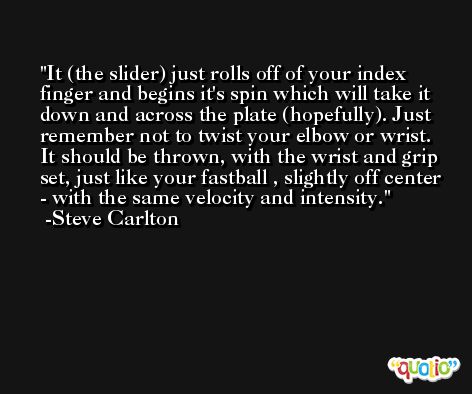