"Steven Michael" ""Steve"" "Burns" is an American entertainer. He is best known as the original host of the long-running children's television program Blue's Clues, and was nominated for a Daytime Emmy Award/Daytime Emmy for his performance on the show in 28th Daytime Emmy Awards#Outstanding Performer in a Children's Series/2001.

If you enjoy these quotes, be sure to check out other famous actors! More Steve Burns on Wikipedia.

In the final 12 to 13 minutes of the game, we were just hoping and praying that we could pick balls up that were dropping. But they did a better job picking them up, and the game was theirs at that point.

I thought we carried the run of play and had more dangerous chances. (Massachusetts) finished their chances early out in the beginning of the game, (and we didn't). 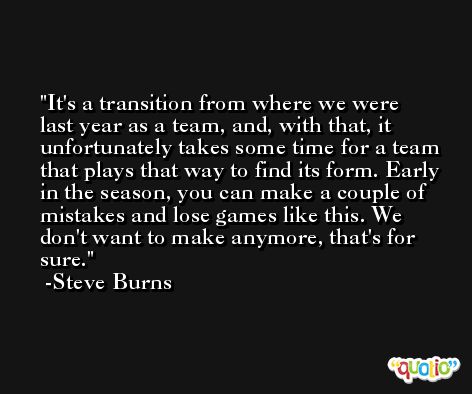 With the addition of lights and a new student section, we expect there will be an energy rarely seen on our field, ... This energy will undoubtedly translate to our players and create a fantastic environment to watch Michigan Soccer. 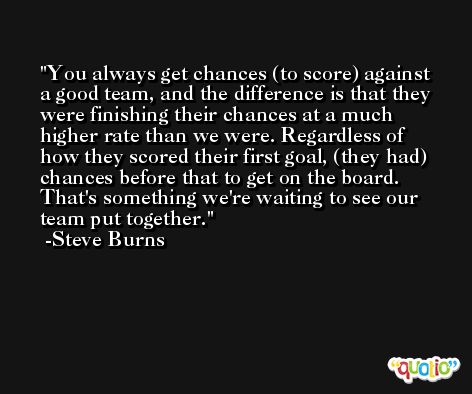 There wasn't any panic on our side. We don't like going down a goal, but there wasn't any panic. And after that goal a lot of the energy came out of the game, and we started to call on the bench players to see if we could get it back. That was really the overall tactic that we thought Indiana couldn't last through.

We felt real comfortable especially after Bobby scored that goal. We are a team that is going to be effective when we play within our system and move the ball quickly. We are a more technical team that isn't reliant upon special players to break the game open. 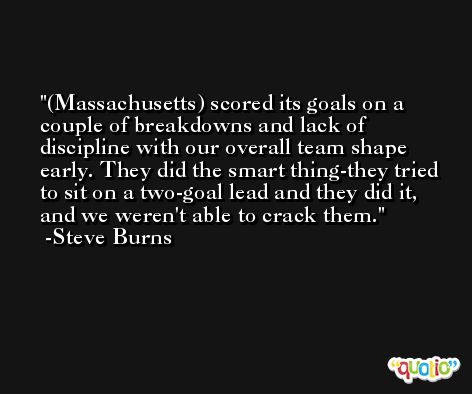