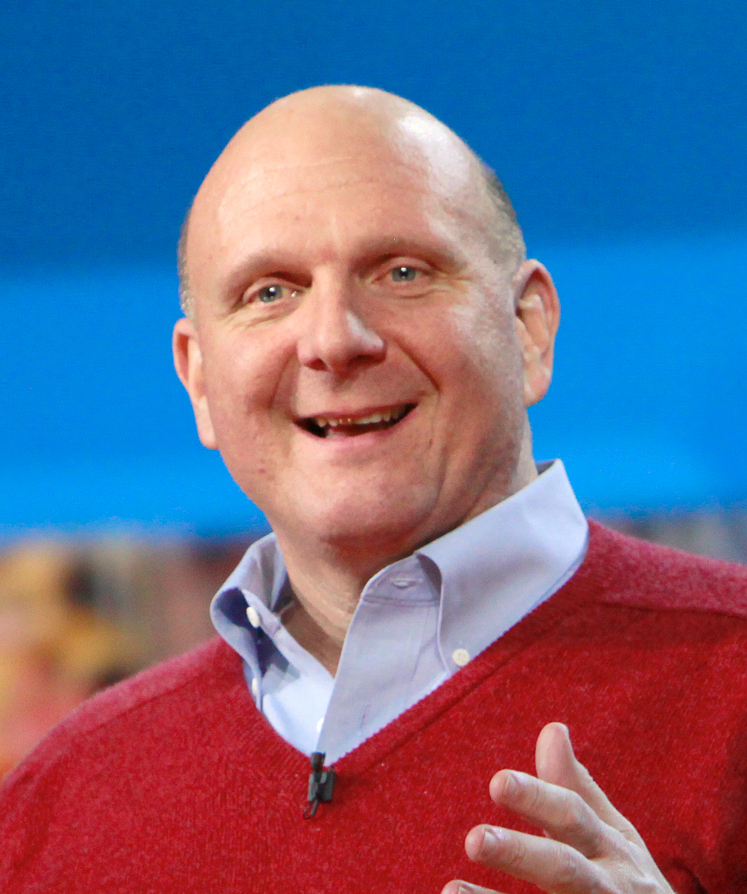 "Steven Anthony "Steve" Ballmer" is an American businessman who was the chief executive officer of Microsoft from January 2000 to February 2014, and is the current owner of the Los Angeles Clippers. , his personal wealth is estimated at United States dollar/US$20.6 billion, ranking number 23 on the Forbes 400. It was announced on August 23, 2013, that he would step down as Microsoft's CEO within 12 months. On February 4, 2014, Ballmer retired as CEO and was succeeded by Satya Nadella; Ballmer resigned from the Board of Directors on August 19, 2014 to prepare for teaching a new class and for the start of the NBA season.

On May 29, 2014, Ballmer placed a bid of $2 billion to purchase the Los Angeles Clippers of the National Basketball Association (NBA). He officially became the Clippers owner on August 12, 2014.

If you enjoy these quotes, be sure to check out other famous businessmen! More Steve Ballmer on Wikipedia.

I like to tell people that all of our products and business will go through three phases. There's vision, patience, and execution.

I see great opportunity for revenue growth for Microsoft coming from the mid market. 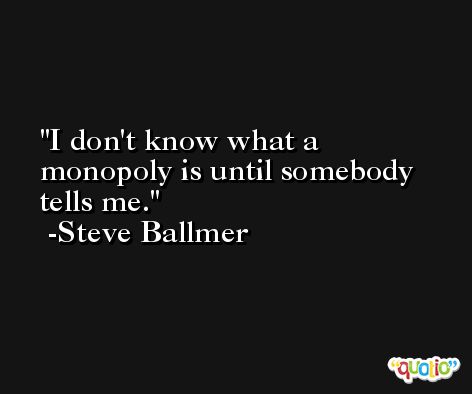 I think it would be absolutely reckless and irresponsible for anyone to try and break up this company [Microsoft]. 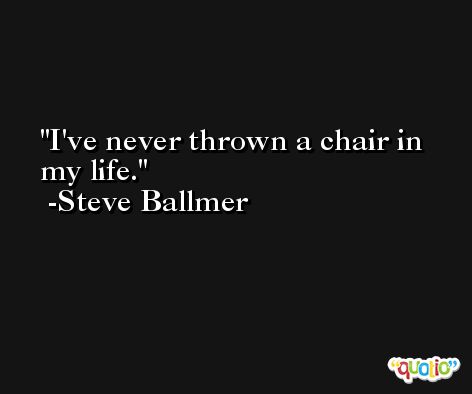 Mark's decision to leave was disappointing, ... and I urged him strongly to change his mind. But his characterization of that meeting is not accurate. 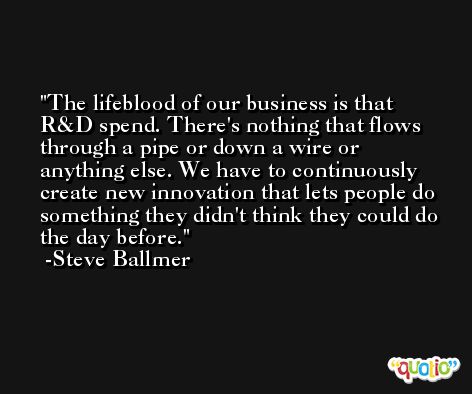