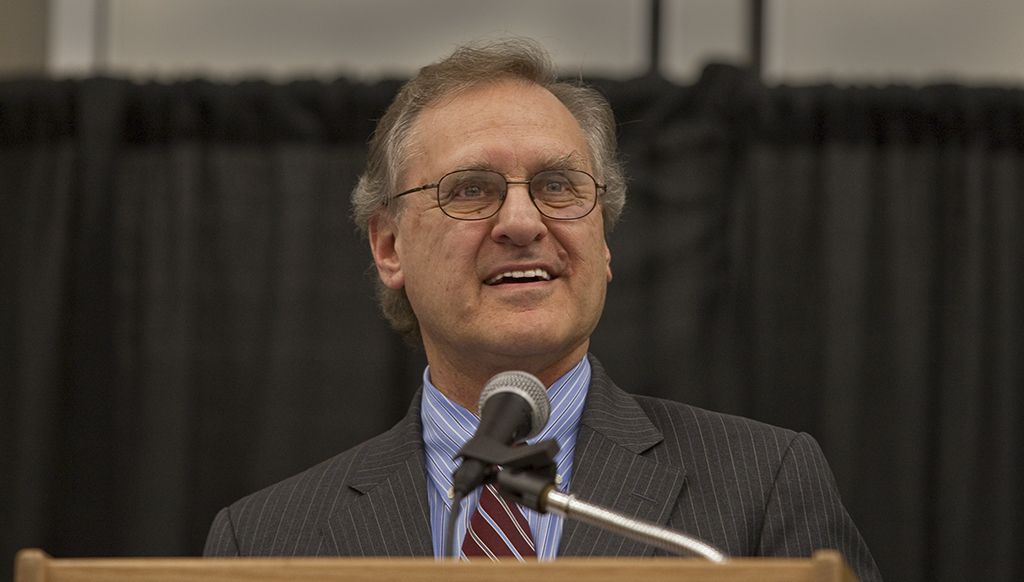 "Stephen Henry Lewis", is a Canada/Canadian politician, broadcaster and diplomacy/diplomat. He was the leader of the social democracy/social democratic Ontario New Democratic Party for most of the 1970s.

During many of those years as leader, his father David Lewis (politician)/David Lewis was simultaneously the leader of the Federal New Democratic Party of Canada/New Democratic Party. After politics, he became a broadcaster on both CBC Radio and Toronto's Citytv. In the mid-1980s, he was appointed as Canada's United Nations ambassador, by Progressive Conservative Prime Minister Brian Mulroney. He quit in 1988 and worked at various United Nations agencies during the 1990s. In the 2000s, he served a term as the United Nations' special envoy for HIV/AIDS in Africa. In 2003, he gained investiture into the Order of Canada. As of 2014, he is a Distinguished Visiting Professor at Ryerson University in Toronto.

If you enjoy these quotes, be sure to check out other famous politicians! More Stephen Lewis on Wikipedia.

I think when you've travelled around a lot in Africa, you understand something that many people here don't recognize: the extraordinary power that is Africa at village level - at community level.

And I went off to Ghana for what was intended to be seven days. I spent what was well over a year in Africa, teaching and travelling. 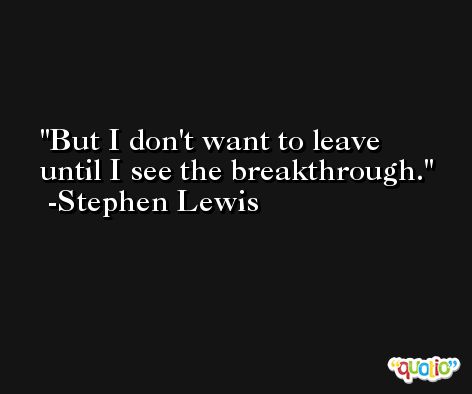 The world desperately needs your voices.

The tremendous sophistication and collaborative work that goes on in communities, which are under siege, they're desperately impoverished, and the backbone of all of that are the women of Africa. 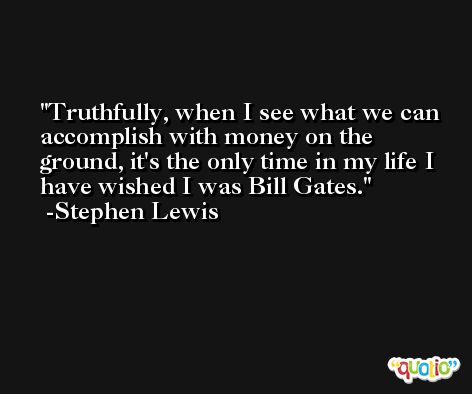 I'm in a great rage now, as I understand how many lives we have lost.

You do not need sex at your age. Wait until you are married. You can choose to fight AIDS by saying no and be able to stay alive. 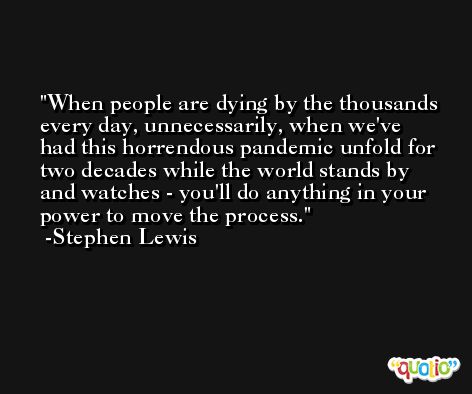