"Stanley Eugene Fish" is an American literary theory/literary theorist, legal scholar, author and public intellectual. He is currently the Floerscheimer Distinguished Professor of Law at Benjamin N. Cardozo School of Law/Cardozo Law School in New York City. Fish has previously served as the Davidson-Kahn Distinguished University Professor of Humanities and a professor of law at Florida International University and is dean emeritus of the College of Liberal Arts and Sciences at the University of Illinois at Chicago.

Fish is a major figure associated with postmodernism, at times to his irritation. Instead he views himself as an advocate of anti-foundationalism. He is also viewed as being a major influence in the rise and development of reader-response theory.

If you enjoy these quotes, be sure to check out other famous writers! More Stanley Fish on Wikipedia.

Many people on the political left found my work psychologically liberating. They began to say: once you realize that standards emerge historically, then you can see through and discard all the norms to which we have been falsely enslaved.

We in universities are not in the democracy business. What we do, when we're doing it, is teach and learn. 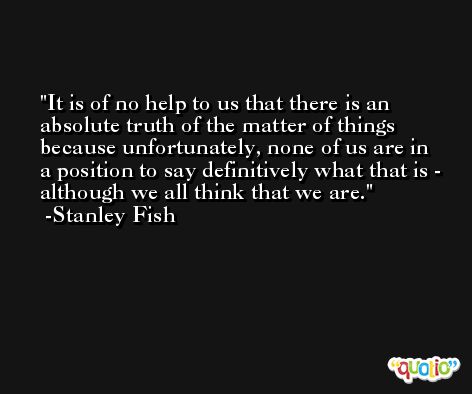 In general, higher education does not know how to speak for its interests. It offers a stance that is defensive, cowardly and likely to be ineffective. 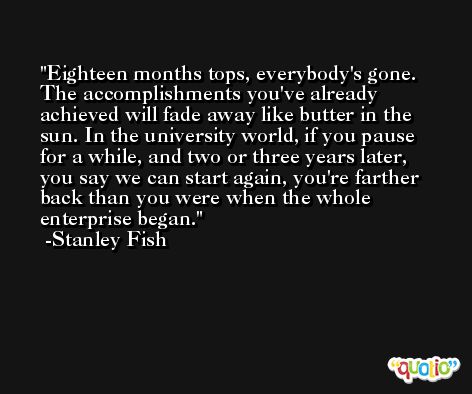 It is always incorrect to assume you can know what someone's moral convictions are based on their philosophical theories.

I do not support abortion rights. Although what I would support in this vexed area is not clear to me. 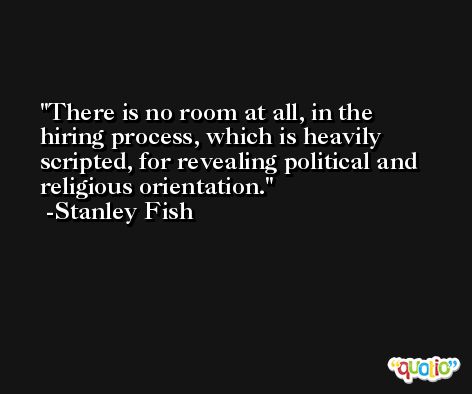