"Stacey Snider" is an executive in the motion picture industry. In November 2014 Snider became Co-Chair of the film studio at 20th Century Fox. Previously Snider was the Co-Chairman/CEO of DreamWorks beginning in 2006. Prior to joining DreamWorks, Snider was Chairman of Universal Pictures from 1999 to 2006. She is a member of the Wilshire Boulevard Temple.

This is an emotional beginning and ending for me.

It's still a healthy business. 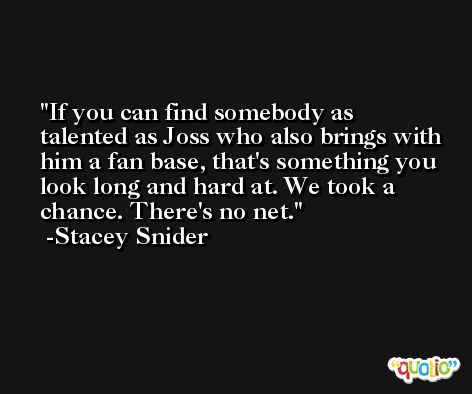 I anticipated it would be long, but not this long.

Munich. If you're on either side in an extremist way on the issue of the source of the Middle East conflict, you're not going to just be upset, you're going to be really upset. Is that the reason not to make it? That was the gist of all of our conversations. 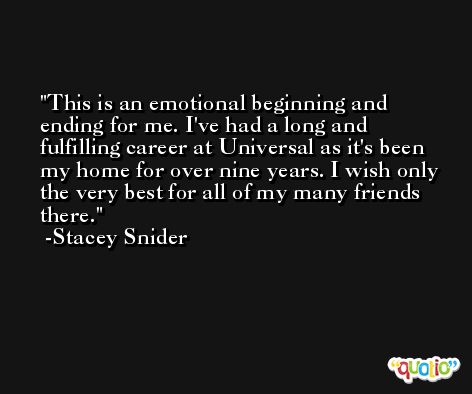 It's been a great two years. There's a great respect, and it's been creatively rewarding. It's amazing when you're down there to see the talent, dedication and resources.

We welcome Jon to Universal to build with Donna the kind of dynamic partnership that will give our slate even greater dimension and stability. Jon brings with him great energy, taste and experience. I am certain that, working together, he and Donna will enable Universal to retain its prominence as a top creative home for filmmakers and talent. 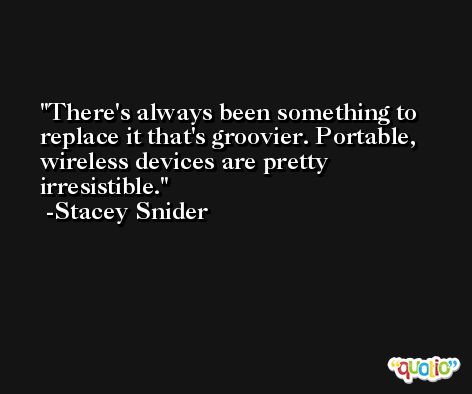