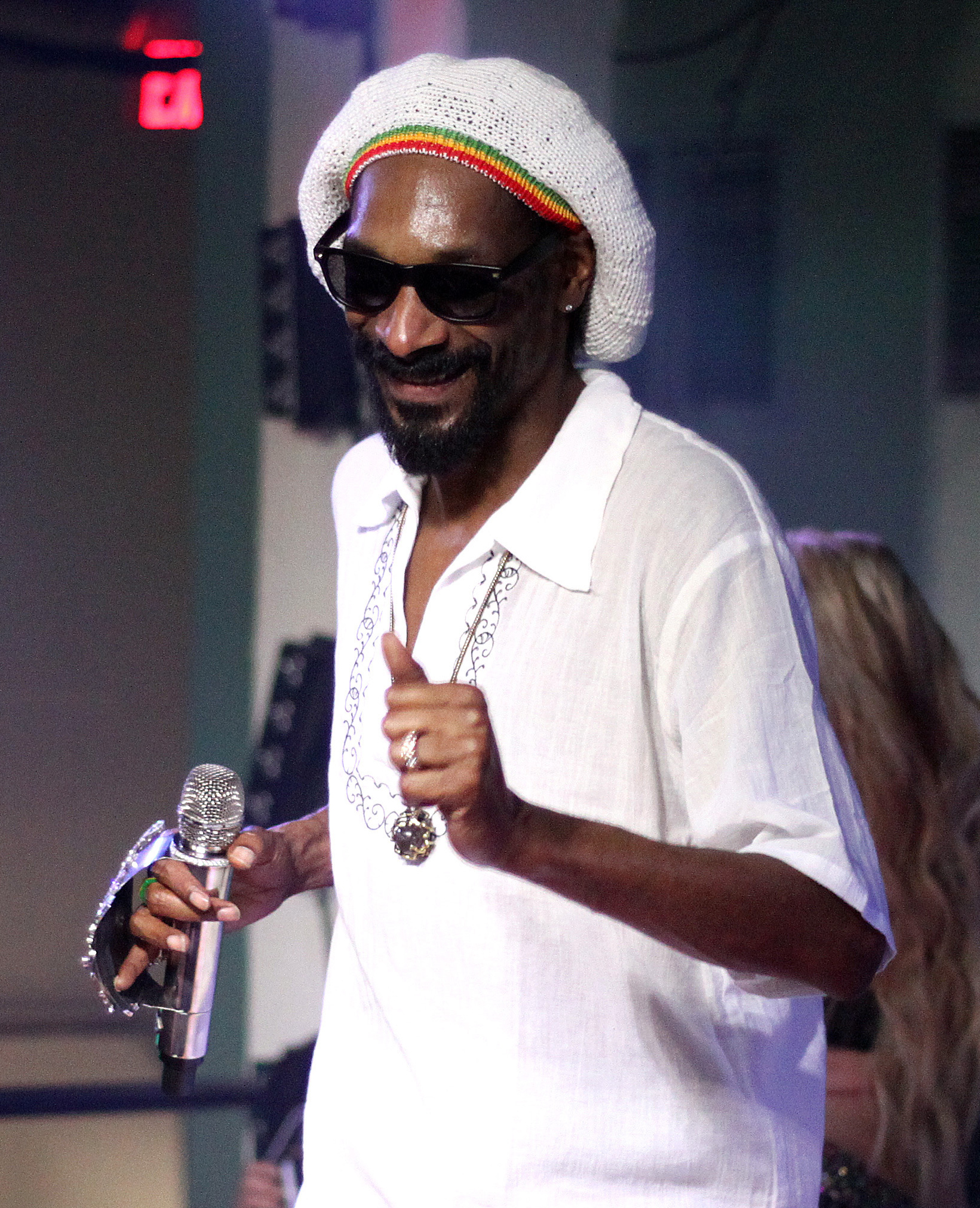 "Calvin Cordozar Broadus, Jr." professionally known as "Snoop Doggy Dogg", "Snoop Dogg", and later: "Snoop Lion", is an US/American rapping/rapper, singer-songwriter and actor. Snoop has sold over 30 million albums worldwide. His music career began in 1992 when he was discovered by Dr. Dre. He collaborated on Dre's solo debut The Chronic (1992), and on the theme song to the feature film Deep Cover.

If you enjoy these quotes, be sure to check out other famous musicians! More Snoop Dogg on Wikipedia.

We want people who hate to lose, like myself. Now marinate on that. 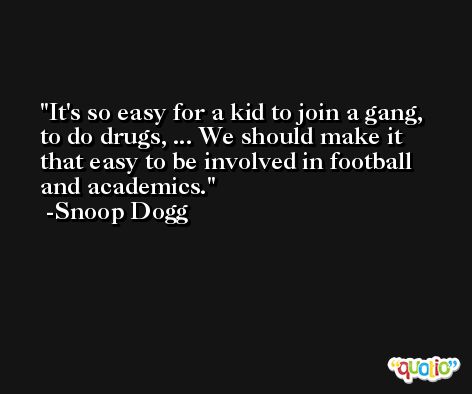 If the ride is more fly, then you must buy.

This money right here is going to the youth football league because a lot of kids in the inner city will appreciate that. Make some noise for the kids, man. 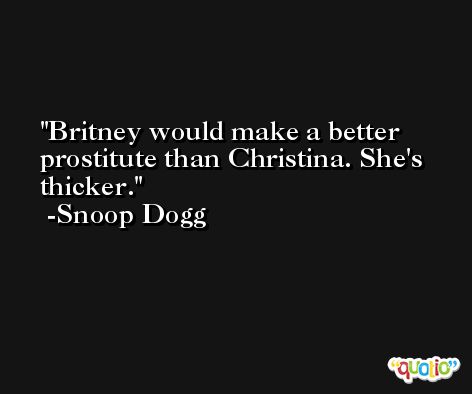 Been approached but Jay has not yet confirmed to be on that song.

It's a beautiful feeling to be appreciated and come out and give the troops something to smile about and something to dance to, ... I'm down to do it again whenever, however, forever, all the time. 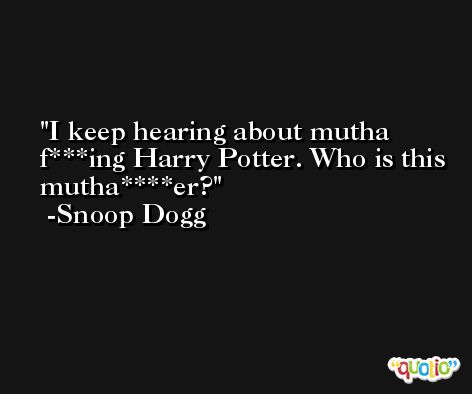