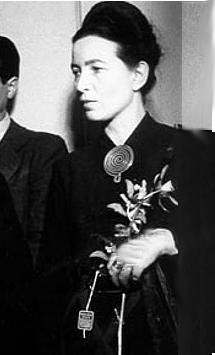 "Simone Lucie Ernestine Marie Bertrand de Beauvoir", commonly known as "Simone de Beauvoir", was a French writer, intellectual, Existentialism/existentialist philosopher, political activist, feminist and social theorist. Though she did not consider herself a philosopher, she had a significant influence on both feminist existentialism and feminist theory.Bergoffen, Debra, "Simone de Beauvoir", The Stanford Encyclopedia of Philosophy (Fall 2010 Edition), Edward N. Zalta (ed.), URL = . De Beauvoir wrote novels, essays, biographies, autobiography and monographs on philosophy, politics and social issues. She is known for her 1949 treatise The Second Sex, a detailed analysis of women's oppression and a foundational tract of contemporary feminism; her novels, including She Came to Stay and The Mandarins; and her lifelong relationship with Jean-Paul Sartre.

If you enjoy these quotes, be sure to check out other famous writers! More Simone de Beauvoir on Wikipedia.

Why one man rather than another? It was odd. You find yourself involved with a fellow for life just because he was the one that you met when you were nineteen.

Life is occupied in both perpetuating itself and in surpassing itself; if all it does is maintain itself, then living is only not dying. 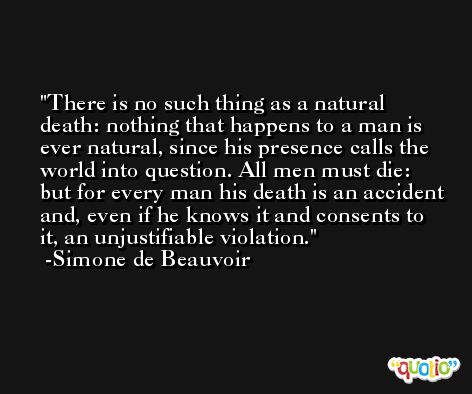 The word love has by no means the same sense for both sexes, and this is one cause of the serious misunderstandings that divide them.

One is not born a woman, one becomes one. 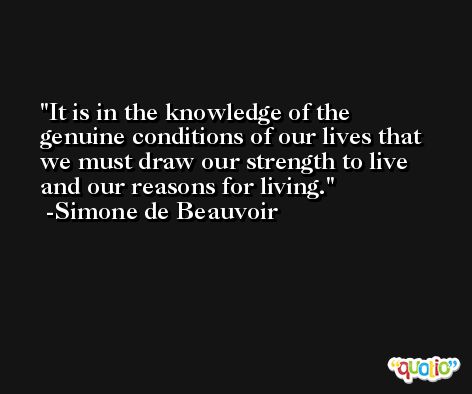 One's life has value so long as one attributes value to the life of others, by means of love, friendship, indignation and compassion.

In itself, homosexuality is as limiting as heterosexuality: the ideal should be to be capable of loving a woman or a man; either, a human being, without feeling fear, restraint, or obligation. 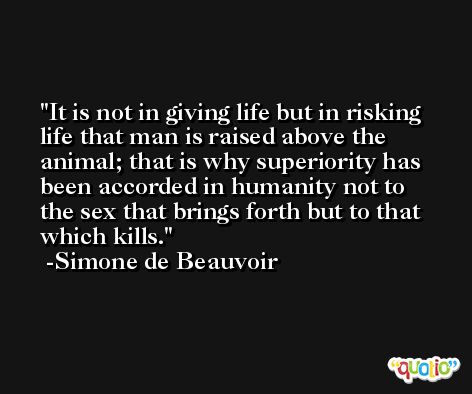 Sex pleasure in woman is a kind of magic spell; it demands complete abandon; if words or movements oppose the magic of caresses, the spell is broken.

The writer of originality, unless dead, is always shocking, scandalous; novelty disturbs and repels. 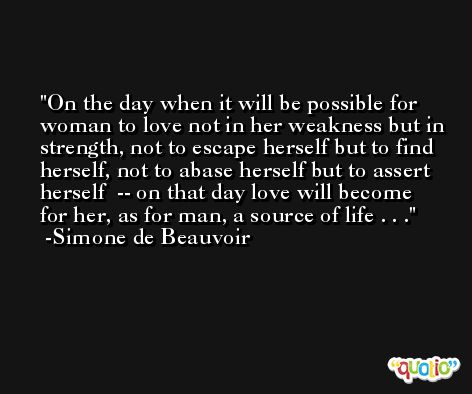 When we abolish the slavery of half of humanity, together with the whole system of hypocrisy it implies, then the 'division' of humanity will reveal its genuine significance and the human couple will find its true form.

That's what I consider true generosity. You give your all, and yet you always feel as if it costs you nothing. 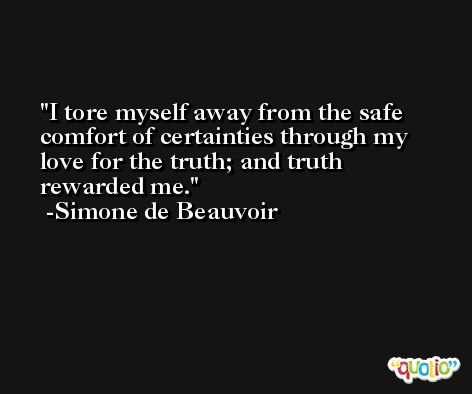