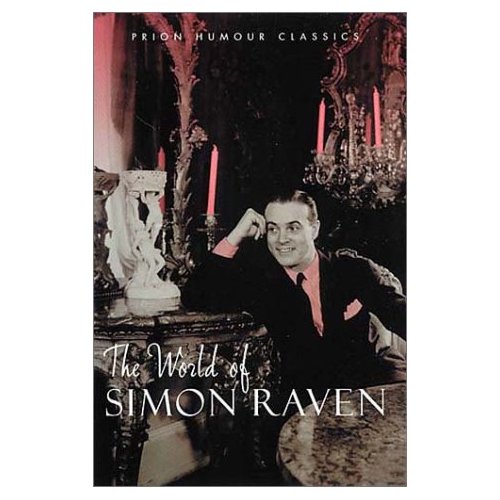 "Simon Arthur Noël Raven" was an England/English novelist, essayist, dramatist and raconteur who, in a writing career of forty years, caused controversy, amusement and offence. His obituary in The Guardian noted that, "he combined elements of Flashman, Evelyn Waugh/Waugh's Decline and Fall/Captain Grimes and the John Wilmot, 2nd Earl of Rochester/Earl of Rochester", and that he reminded Noel Annan, Baron Annan/Noel Annan, his Cambridge tutor, of the young Guy Burgess.

Among the many things said about him, perhaps the most quoted was that he had "the mind of a cad and the pen of an angel". E W Swanton called Raven's cricket memoir Shadows on the Grass "the filthiest cricket book ever written". Typically, Raven's response to this was to ask Swanton's permission to quote this opinion on the book's jacket. He has also been called "cynical" and "cold-blooded", his characters "guaranteed to behave badly under pressure; most of them are vile without any pressure at all". His unashamed credo was "a robust eighteenth-century paganism....allied to a deep contempt for the egalitarian code of post-war England"

If you enjoy these quotes, be sure to check out other famous novelists! More Simon Raven on Wikipedia.

Whereas the gentleman always seeks to deserve his position, the aristocrat, disdainful and insouciant, is quite happy just to exploit it. 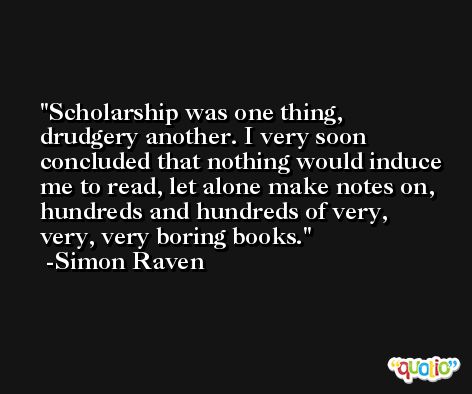 I wanted to look at the upper-middle-class scene since the war, and in particular my generation's part in it. We had spent our early years as privileged members of a privileged class. How were we faring in the Age of the Common Man? How ought we to be faring?

For in a literary career there was one unfailing advantage: No degree whatever of moral or social disgrace could disqualify one from practice - and indeed a bad character, if suitably tricked out for presentation, might win one helpful publicity. 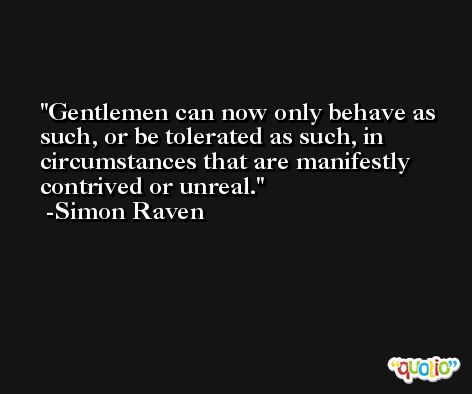 How can I go on with this? Please God, let me win a football pool.

And so, at the age of thirty, I had successively disgraced myself with three fine institutions, each of which had made me free of its full and rich resources, had trained me with skill and patience, and had shown me nothing but forbearance and charity when I failed in trust. 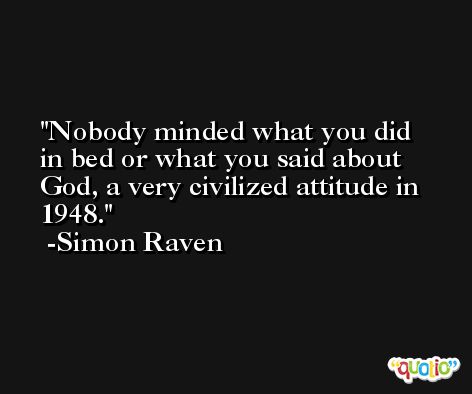