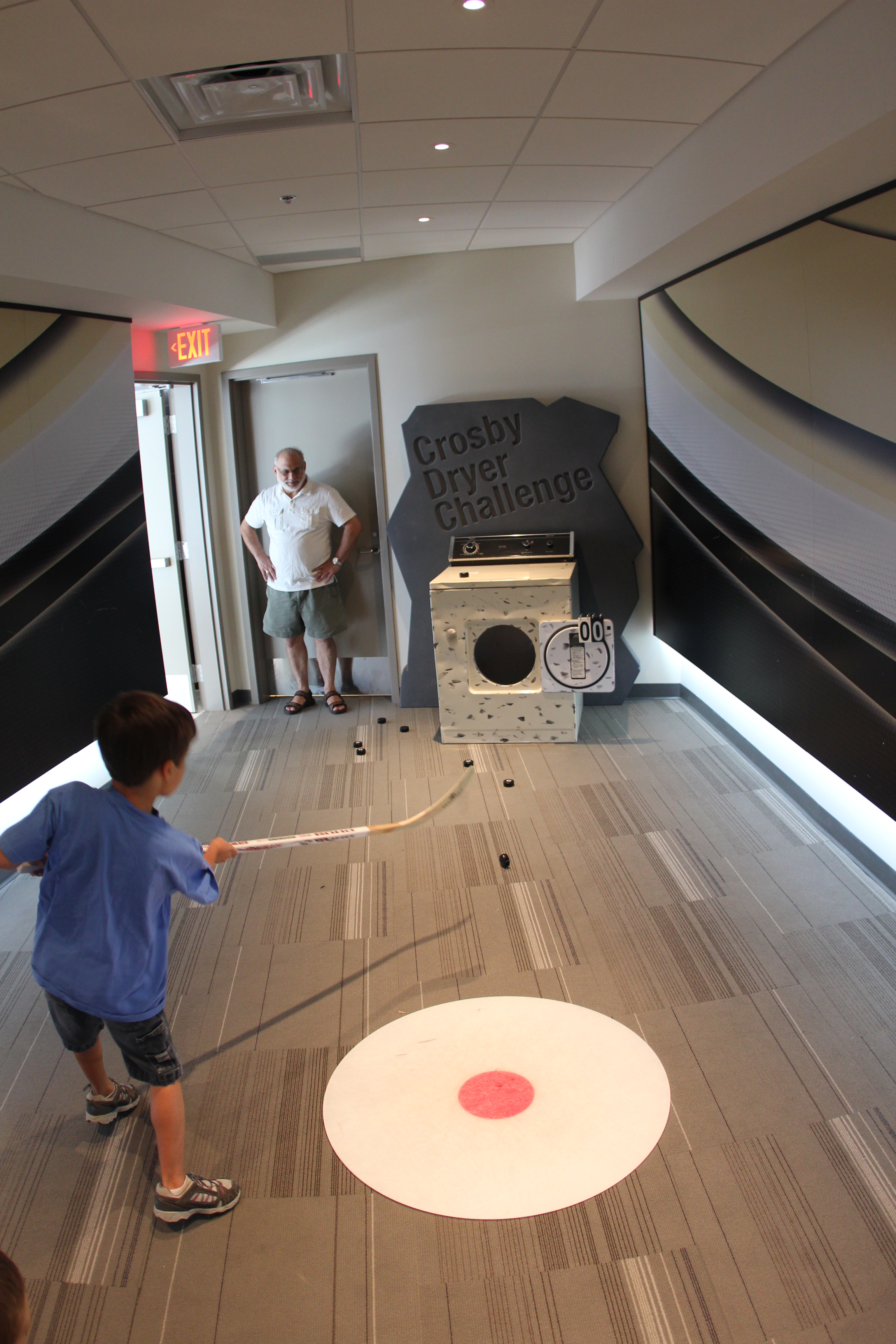 "Sidney Patrick Crosby", Order of Nova Scotia/ONS is a Canadian professional ice hockey player who serves as Captain (ice hockey)/captain of the Pittsburgh Penguins of the National Hockey League (NHL). Crosby was List of NHL first overall draft choices/drafted first overall by the Penguins out of the Quebec Major Junior Hockey League (QMJHL). During his two-year major junior career with the Rimouski Océanic, he earned back-to-back CHL Player of the Year awards and led his club to the 2005 Memorial Cup final. Nicknamed "The Next One", he was one of the most highly regarded draft picks in hockey history, leading many to refer to the 2005 NHL Entry Draft/2005 Draft Lottery as the "Sidney Crosby Sweepstakes".

I looked forward to it for a long time. It feels awesome. Yeah, I was happy. It's something you dream of, scoring in the NHL, and you only do it the first time once. It was big. There's a lot of emotion. The fans were great. It was so loud. I never expected to hear them (chanting) my name. You never expect that. 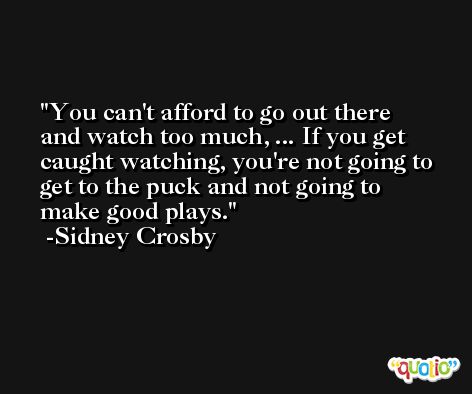 I am definitely looking forward to getting on the ice every day and meeting the guys here. 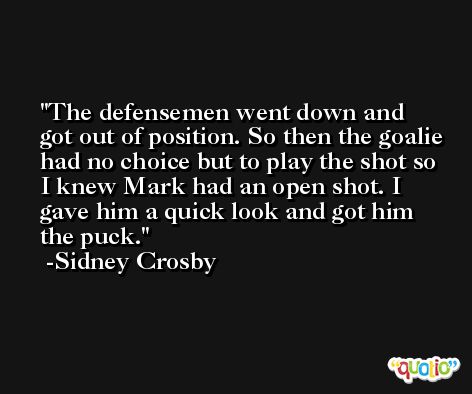 I'm looking at it as short-term as possible. I want to have a good camp and push myself to raise my game as best I can. Obviously, this is a new level, but the pressure has always been there. I've always put a lot of pressure on myself to perform.

I don't think there's ever a time where I step back and say I wish I was something different. I'm doing what I love to do. 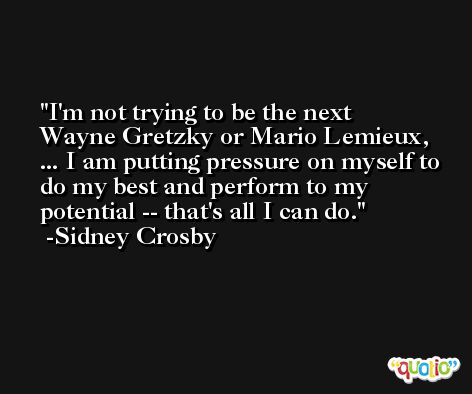