"Shunsuke Nakamura"/?? ??/Nakamura Shunsuke/born 24 June 1978}} is a Japanese professional Association football/footballer who plays as an Midfielder#Attacking midfielder/attacking midfielder for Yokohama F. Marinos in J. League Division 1. He is the first and only player to have been twice named J. League Most Valuable Player, receiving the award in 2000 and 2013. He is well known for his vision, touch, and free kick-taking abilities; Steve Perryman once remarked that Nakamura "could open a tin of beans with his left foot".

His former clubs include RCD Espanyol/Espanyol, Celtic FC/Celtic, and Reggina. During his time at Celtic, he became one of the most prominent Asian players to have played in Europe; he was nominated for the Ballon d'Or 2007/2007 Ballon d'Or, was named PFA Scotland Players' Player of the Year/Scottish Player of the Year and SFWA Footballer of the Year in 2007, and became the first Japanese player to score in the UEFA Champions League. His team accomplishments at Celtic include winning the Scottish Premier League in 2006, 2007, and 2008, the Scottish League Cup in 2006 and 2009, and the Scottish Cup in 2007.

It was just one of more than 40 games of the season for us and I didn't get overly nervous at all in the final.

Hearts are top of the league at the moment and are a really good team, but I think Rangers are the main rivals to Celtic. 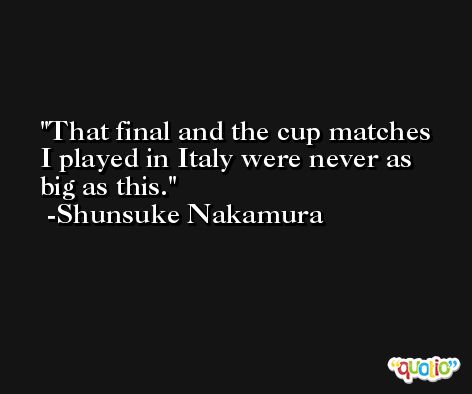 The team is going into games confident of getting good results. We are in a really good place right now.

It is good that we won in the end but we got off to a terrible start. Before talking about a combination, we must learn how to get into a match in better style. 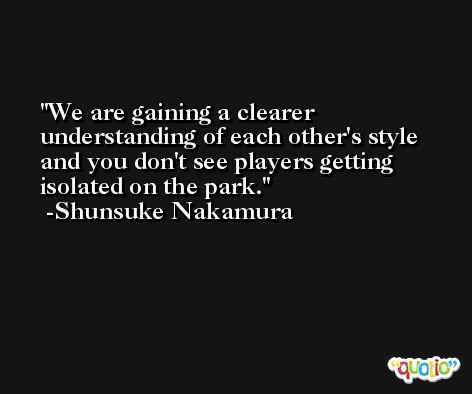 Says Lawwell, but things are already moving. There is, for example, a television programme currently airing in Japan that pits six-a-side teams against each other. It's a kind of a Pop Idol type thing and the winner comes here to play Celtic. That, indirectly, gives us a lot of exposure.