"Shirley Clarke Franklin" is an American politician, a member of the Democratic Party (United States)/Democratic Party, and served as mayor of Atlanta, Georgia (U.S. state)/Georgia, from 2002 to 2010. She currently serves as a member on the board of directors for both Delta Air Lines and Mueller Water Products.

The 58th mayor of Atlanta, she was the first female to hold the post and became the first African American/black woman to be elected mayor of any major Southern city. Franklin was Atlanta's fourth black mayor. In July 2009, Mayor Franklin (along with Frances Townsend and Judge William H. Webster) was appointed to an ad hoc Department of Homeland Security special task force for 60-day review of the Homeland Security Advisory System.

They don't have a plan; it's incoherent, ... They go to the most expensive [option]. It boggles the mind they would pay for hotels and not pay for vouchers for [permanent] housing.

So much has happened, or is about to happen, ... The time is right. 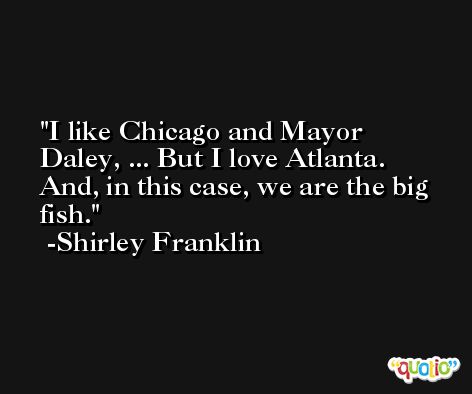 Atlanta reaches out its arms and heart across the many miles to tell these individuals and families that have been affected that we are here to help and assist in any way that we can.

Four years ago, I stood before the wonderful people of Atlanta and offered myself as their mayor. 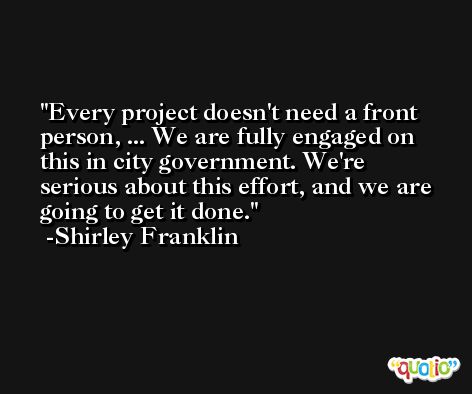 Her life made a difference in the freedoms that we enjoy in America today.

My campaign has already contributed, and I look forward, if there is money remaining, to continue to support local charities. 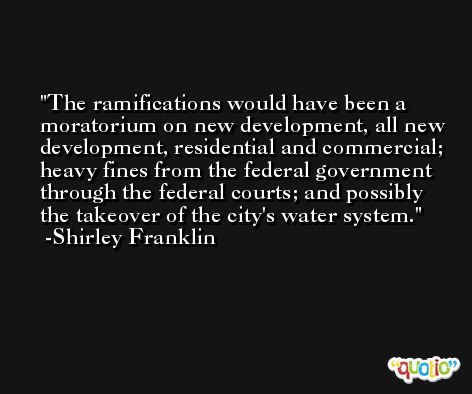